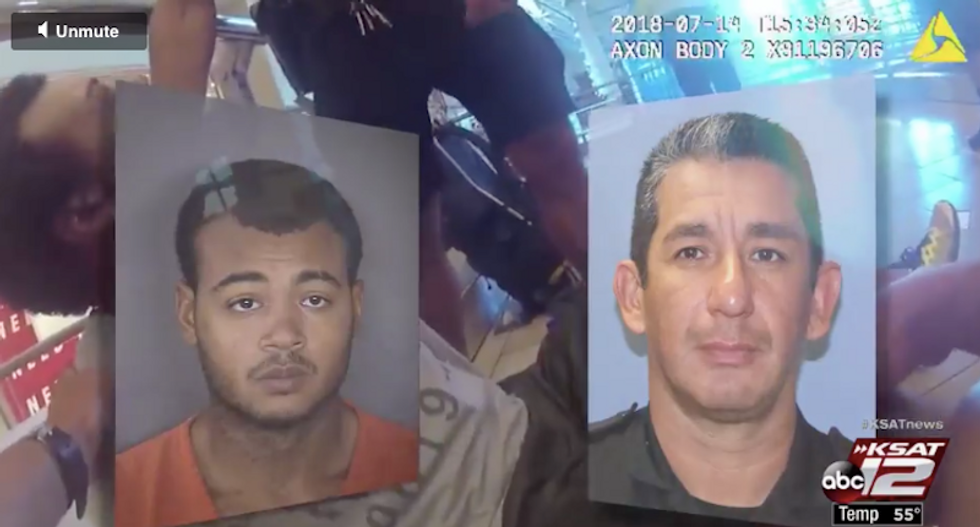 A police officer in San Antonio, Texas, has been suspended indefinitely after footage obtained by KSAT's investigative team revealed he used the n-word multiple times while arresting a young black man.

After 24-year-old Dewaxne Robinson was asked to leave a San Antonio mall by security guards, San Antonio Police Department officer Tim Garcia and his partner were dispatched to the scene, reports KSAT.

After asking for his ID, officers threw Robinson to the ground and handcuffed him, as Herrera berated him with racist slurs. After Robinson questioned why he was being arrested, Herrera questioned his upbringing.

Robinson asked why he was getting arrested, and Garcia said, "For being a f***ed up n****."

A department review of the incident prompted leadership to conclude that Garcia had not acted appropriately. "I did observe Officer Garcia use vulgar language in a manner that was unnecessary," a Sergeant concluded.