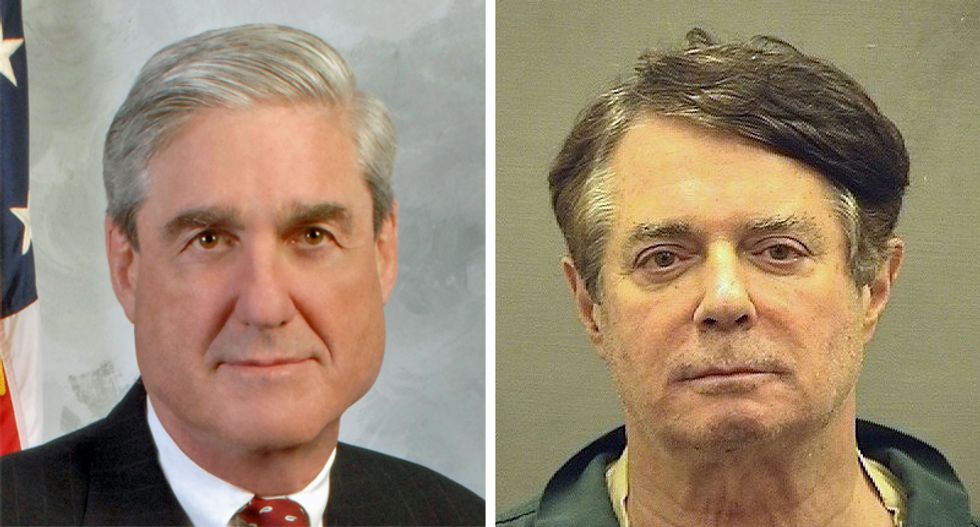 Attorneys for former Trump campaign chair Paul Manafort launched attacks against special counsel Robert Mueller in a Friday court filing — including some that took issue with the prosecutor's semantic decisions.

As BuzzFeed and New York Times legal reporter Ken Vogel both noted, the attorneys allege that "the Special Counsel’s attempt to vilify Mr. Manafort as a lifelong and irredeemable felon is beyond the pale and grossly overstates the facts."

"The Special Counsel’s conduct comes as no surprise," the attorneys wrote, "and falls within the government’s pattern of spreading misinformation about Mr. Manafort to impugn his character in a manner that this country has not experienced in decades."

Vogel also noted on Twitter that Manafort appears to take issue with characterizing some of the former Trump campaign chairman's benefactors as "oligarchs."

The attorneys allege that Mueller did so to shift public perception about Manafort.