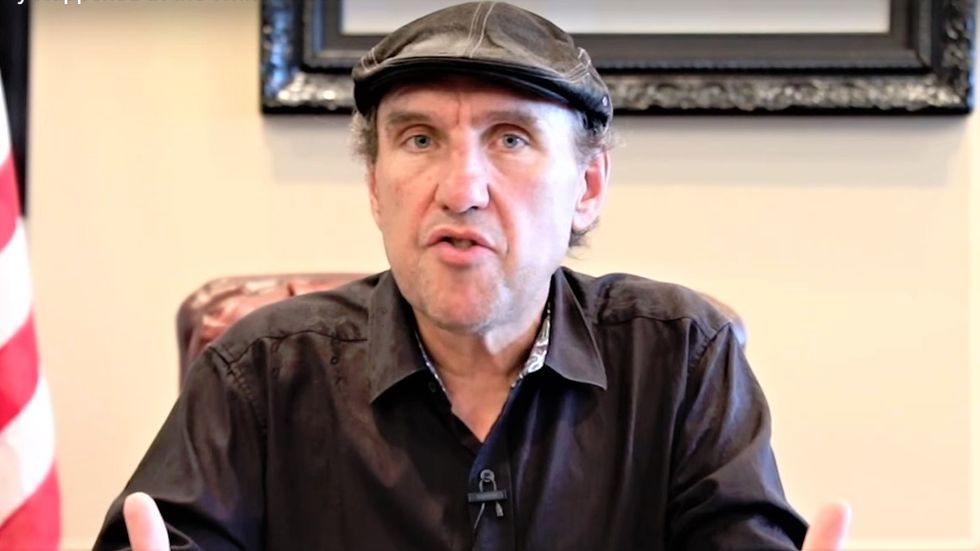 Rodney Howard-Browne, a Trump-loving pastor who was invited to the White House to pray for the president in 2017, went off on a crazed Twitter rant on Friday in which he said that the massacre of 49 Muslims in New Zealand was part of a "false flag" conspiracy meant to silence conservatives.

"There is no doubt that what happened in New Zealand as horrific as it is, is a false flag that will be blamed on conservatives when it’s all said and done!" he wrote. "Only a total nutjob lunatic, insane demonized freak goes into a building and kills people, it’s unacceptable on every level!" 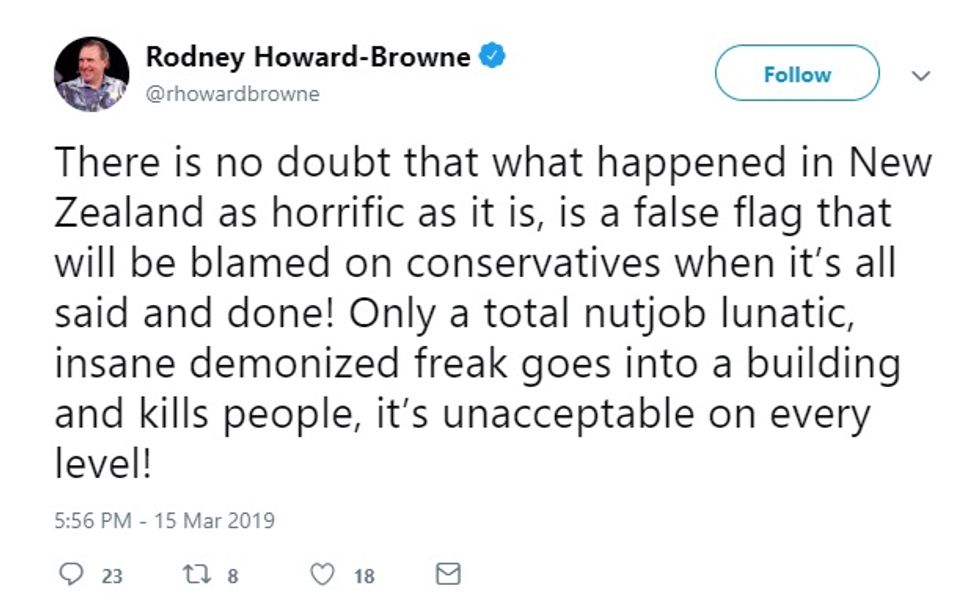 Shortly after calling the shooting a "false flag" attack, the pastor wrote about the right-wing conspiracy theory claiming that Supreme Court Justice Ruth Bader-Ginsburg is actually dead, before then retweeting right-wing polemicist Dinesh D'Souza, who tried to downplay the significance of the New Zealand massacre.