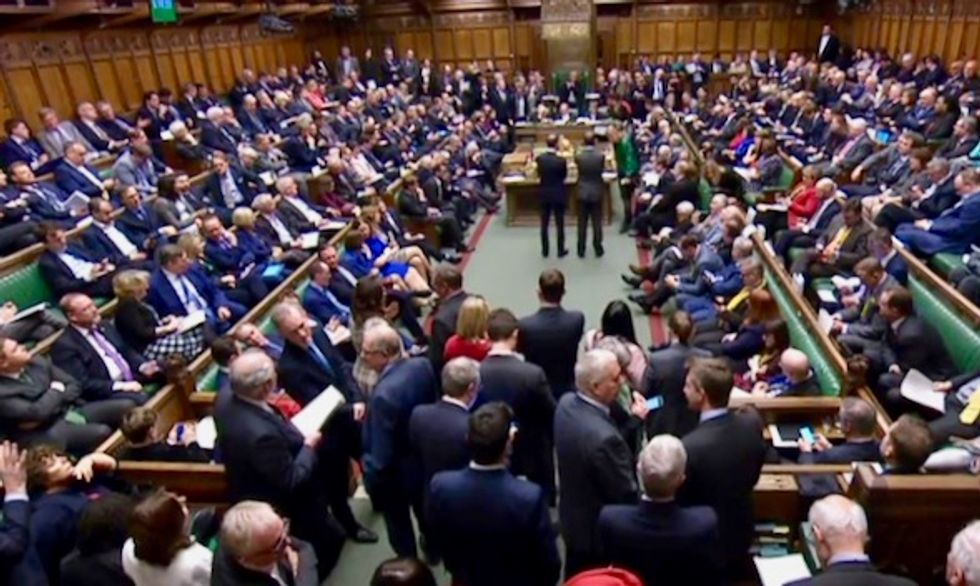 Only 85 MPs voted for the amendment and 334 voted against, while even supporters of a second referendum from the main opposition Labour Party abstained because they said the timing of the vote was not right.

The verdict is not binding on the government, which is in any case against holding another referendum.

However, more than half the total number of MPs voted against the motion, making clear the lack of support in the House of Commons for staging a second vote.

Barely two weeks before Britain is due to leave the EU on March 29, Britain has yet to agree a plan on how to leave and parliament was voting Thursday on whether to ask Brussels for a delay to the departure date.

The People's Vote campaign, the main movement calling for another referendum, did not want the option brought before parliament, saying it was premature to move now -- knowing it would be defeated.

In principle, Labour supports the idea of a second referendum, but asked its MPs to abstain.

However, 24 Labour MPs rebelled to vote for the motion.

The decision sparked some anger among pro-European MPs, who have long feared the Labour leadership's support for a second vote was political posturing.

A letter signed by 32 mostly Labour second referendum-supporting MPs spelled out why they abstained on an amendment they knew was facing defeat.

"We need to bring colleagues who have concerns about a people's vote with us," it said.

"We will have the opportunity to... secure a people's vote within a matter of days.

"We are therefore agreeing to abstain... to give us the highest chance possible of securing a people's vote."

The vote cheered hardcore Brexiteers but left those who backed the amendment dismayed.

The motion was brought forward by MP Sarah Wollaston, who left the Conservative Party in protest over Brexit and now sits with the pro-EU Independent Group, chiefly formed of MPs who left Labour.

The group's Brexit spokeswoman Anna Soubry called the vote result "a betrayal of... the British public.

"The Independent Group will not give up. We will keep up the pressure for a people's vote on the final Brexit deal."

"An opportunity to drive forward the need for such a vote and Labour flunk it," he tweeted.

Jacob Rees-Mogg, who leads the hardcore Conservative Brexiteers, said: "The so called 'losers' vote' has now been defeated in the House of Commons so it is off the table."

Remainers are planning a mass "put it to the people" rally on March 23 to demand a second Brexit referendum, with celebrities backing the cause.