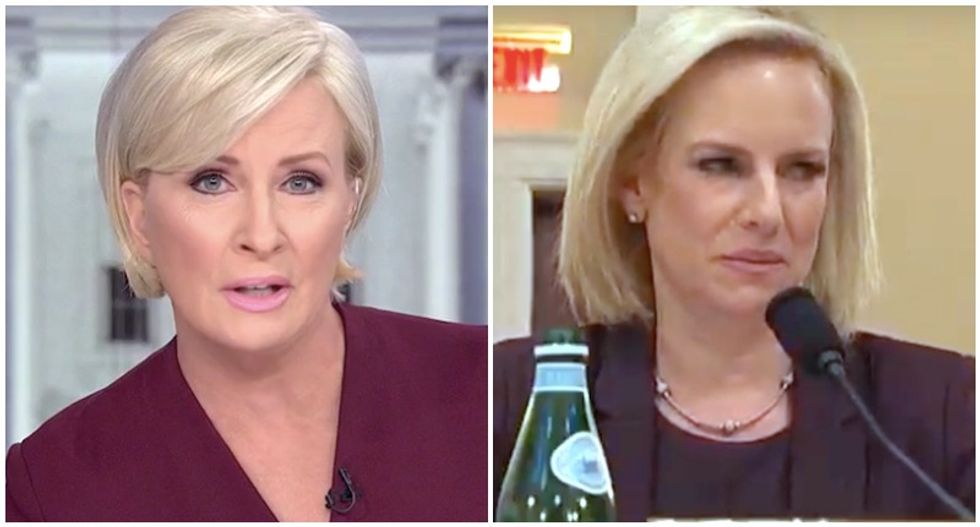 Nielsen argued with lawmakers on the House Committee on Homeland Security about the definition of "cages," and the "Morning Joe" co-host was horrified by her performance.

"She's become the face of the Trump administration's abuse of children at the border," Brzezinski said. "Secretary Nielsen is presiding over a humanitarian crisis caused by the White House that now requires skill, urgency and humanity to resolve. Instead, once again at Wednesday's hearings, she acted like a hapless, hostile, hopeless robot."

"There are a lot of failed cabinet secretaries in the Trump administration, but secretary Nielsen's incompetence is having a direct impact on the most vulnerable -- children," she added.

Nielsen insisted the government was not keeping migrant children in cages, although MSNBC reporters and others, including lawmakers, have seen and documented those conditions.

"Look at these pictures," Brzezinski said. "She's defying the obvious in the most Trump-like way. Do you see those cages? They have roofs on them, the people are locked in there -- children, too. The situation is shameful, and it just seems like she lacks the ability to care about the border crisis in a real way, the border crisis caused by this White House."