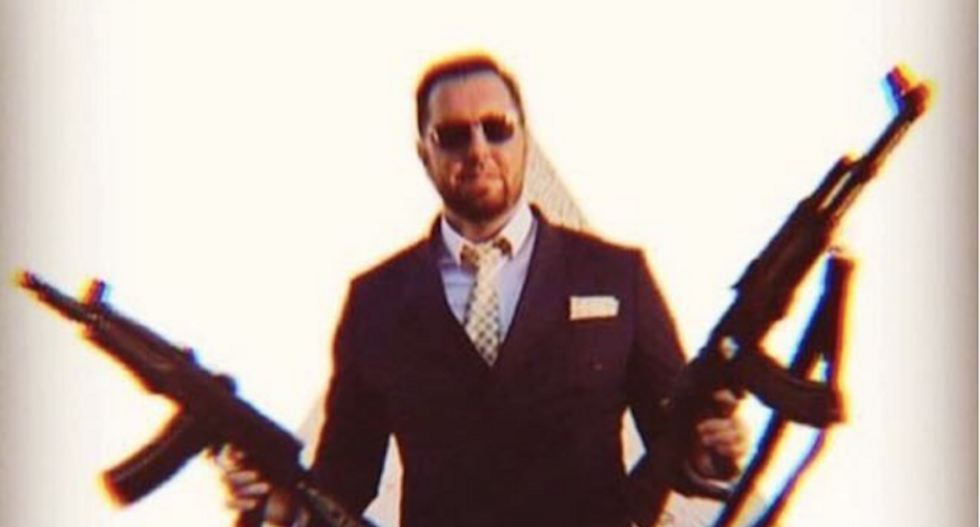 Maria Butina, the Russian woman who's alleged to have infiltrated gun rights and conservative circles to sway the outcome of the 2016 election, is still in custody awaiting her sentencing. She's been in jail since July. According the Washington Post, Butina is cooperating with authorities.

Ionov is raising money for Butina's defense through a group called the Anti-Globalization Movement. The website, peppered with glossy photos of Butina, purports to tell "Maria's story."

Writing on his blog Shooting the Messenger, Jones observes that the group that's hosting the site for Butina's legal bills got a Russian presidential grant of 3.5 million rubles (approximately $53,000) to bring members of Texas and California secessionist groups to a Russian conference in September of 2016.

"[AGMR] supports the full sovereignty of nation-states including the sovereignty of Russia as an independent player on the political, economic and cultural world stage,” reads AGMR’s mission statement, Jones notes. “The movement aims to promote all aspects of the national security and traditional moral values. It opposes the attempts to impose a ‘new world order’ and the disastrous unification, which might result in the emergence of a single mega-totalitarian world state.”

Ionov has denied working for the Kremlin. But he's linked to the Kremlin in various ways, including holding a position on the public council of Moscow’s interior ministry. He also represented Russian hackers accused of promoting Catalonian independence from Spain.

He recently defended Butina as a “human rights activist…who did not (collaborate) with Russian state bodies.”