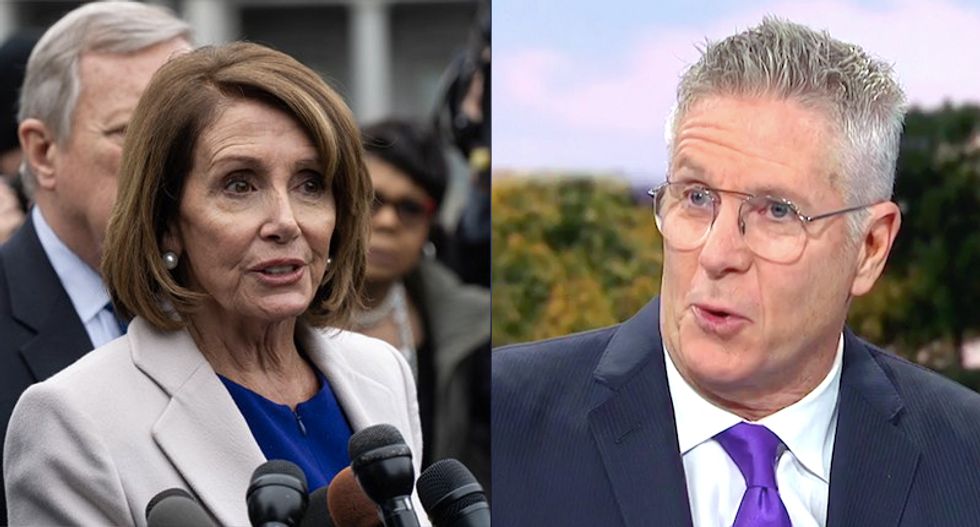 House Speaker Nancy Pelosi (D-CA) announced in a Washington Post interview that she doesn't intend to impeach President Donald Trump until there's an overwhelming demand to do so and bipartisan support. While many on the left have railed against her statements, political veterans see the light in her strategy.

Former assistant U.S. Attorney Mimi Rocah explained that making a case that a president should be impeached based on obstruction is a tough battle, even if it's clear Trump attempted to obstruct justice.

"Pelosi seems to have made the calculation that right now, it's not," Rocah said. "But I think it's very different for us to hypothetically talk about obstruction, even if we think we know all of the facts."

She went on to explain that the public doesn't know everything and the evidence laying out possible crimes hasn't been released.

"We still don't know exactly what was said with [Michael] Cohen about obstruction that he pled guilty to, which I always thought was significant that Mueller had him plead guilty to that because he didn't really need to have him plead guilty to that but he wanted those facts out there," she continued. "We know vaguely from Cohen's open testimony, my understanding, it seems like there was more in the closed-door testimony and I don't know what exactly he told Mueller about that, so, I mean, you're right, I think especially in a crime like obstruction, details matter. Maybe it won't matter to the public, but in terms of a prosecutor laying out a narrative, it really matters."

Deutsch said that it seems there are two Democratic Parties in the House today. There are the new, young members and the veterans who have seen what happens when Republicans have tried to overreach.

When it comes to the Southern District of New York, however, it's clear that there are crimes that can garner convictions. Deutsche thinks that Pelosi is waiting for it.

Pelosi "knows what's coming there," Deutsch explained. "And [she] does not want to make it seem we're going to get Trump any way we can. We're going to get him on very clear, black-and-white criminal nonpolitical terms. So, if for some reason there is more there with Mueller, she's opening up the door to go, if she's not, she's really free to run unabashed interference when the criminal indictments come from New York. So for her, it's a brilliant, brilliant move."

Host Nicolle Wallace noted that someone told her today that it seems like Pelosi is the one who's actually running the country at this point.

Liberals still take right-wing propaganda too literally. This is partly because we are liberal. We are often annoying pedants. If there’s an error in one’s thinking, liberals can be trusted to rush in and correct it.

That’s usually as far as it goes, alas.

Imagine, several months from now, a pregnant woman in Texas traveling to New York to obtain an abortion. When she's about to fly back, a friend phones to warn her there's an arrest warrant waiting for her, because police in her home state used a "keyword warrant" to monitor everyone in their area who'd searched a particular term online — say, "abortion clinics in New York" — and then obtained a "geofence warrant" to track her to a Planned Parenthood facility in Manhattan. The woman becomes part of a population the U.S. hasn't seen in recent history: an internally-displaced person, unable to travel home under threat of arrest and prosecution.

Or imagine a woman in the Deep South, who in her last weeks of pregnancy, delivers a stillborn fetus at home, and, when she's taken to the hospital, encounters a nurse who suspects she'd tried to end the pregnancy herself and calls the police. When prosecutors take on the case, they obtain not just her medical records — evidence of the outcome — but her online search history as well: what they cast as evidence of "intent." Thanks to information handed over by internet providers — that the woman once searched for information about abortion medication and miscarriages — she is charged with second-degree murder, and faces 20 years to life in prison if convicted.