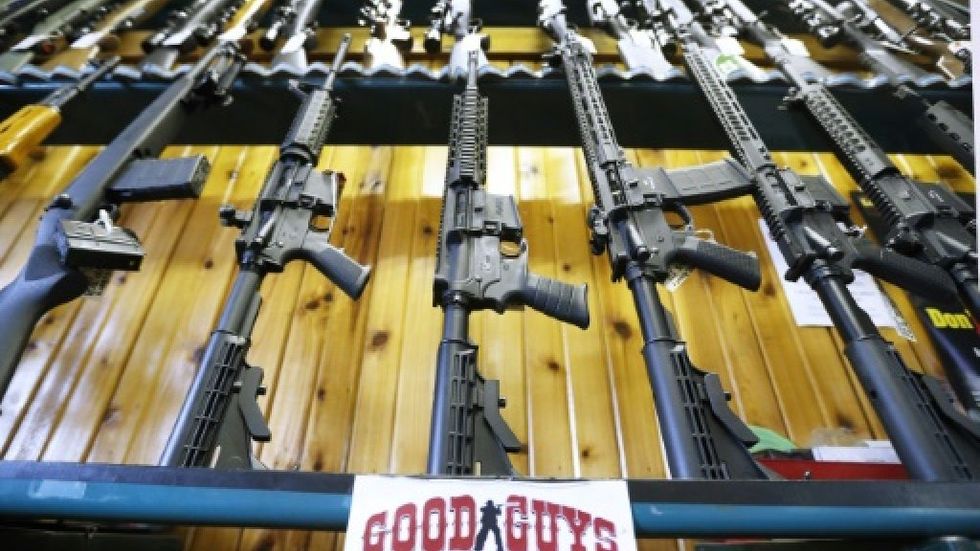 The horrific death toll in the New Zealand mosque massacre has put the spotlight on the lethality of the semi-automatic weapons used by the Christchurch gunman and in numerous attacks in the United States.

At least 49 people were killed and dozens wounded when the gunman, identified as a 28-year-old Australian right-wing extremist, opened fire on worshippers in two mosques.

A video live-streamed by the assailant on Facebook showed him rapidly firing what appeared to be hundreds of bullets at his defenseless victims using various weapons.

The New Zealand police have not yet identified the exact makes and models of the various guns used by the assailant.

At least one was a shotgun but others appeared to be similar to the semi-automatic rifles used in a number of US mass shootings and equipped with large-capacity magazines.

Such weapons were used in the mass shooting at a movie theater in Colorado which left 12 people dead in 2012 and the massacre at an elementary school in Newtown, Connecticut, that same year which left 26 people dead including 20 children.

The jihadist who attacked the Pulse nightclub in Orlando, Florida, in 2016, killing 49 club-goers, used a semi-automatic weapon.

The deadliest mass shooting in recent US history was carried out in Las Vegas in 2017 by a man armed with 10 AR-15 semi-automatic rifles, some with 100-round magazines, and other guns.

Fifty-eight people died in that attack.

The troubled teenager behind the mass shooting at a high school in Parkland, Florida, in 2017 which left 17 people dead and led to a grass roots gun control movement was also armed with an AR-15.

According to the Violence Policy Center, semi-automatic weapons differ from military versions in that the trigger of a semi-automatic must be pulled individually for each round fired.

Machine guns, which are banned in the United States, will fire continuously for as long as the trigger is depressed or until the magazine is exhausted.

"The unique design features of semi-automatic assault weapons allow the shooter to efficiently kill as many people as possible in the shortest amount of time available," the Violence Policy Center said.

"Increased lethality is the exact purpose for which these weapons were designed."

Stephen Paddock, the Las Vegas shooter, had equipped a number of his semi-automatic rifles with bump stocks.

Bump stocks allowed him to fire at a rate of nine bullets a second, before he turned his weapons on himself, according to US authorities.

The United States banned semi-automatic assault weapons in 1994 but the ban expired in 2004 and was not renewed.

Democratic lawmakers have sought several times since then to renew the ban on assault weapons and high-capacity magazines but have not been successful.