‘Nobody likes a snitch’: Preet Bharara compares Michael Cohen to his tattletale kids 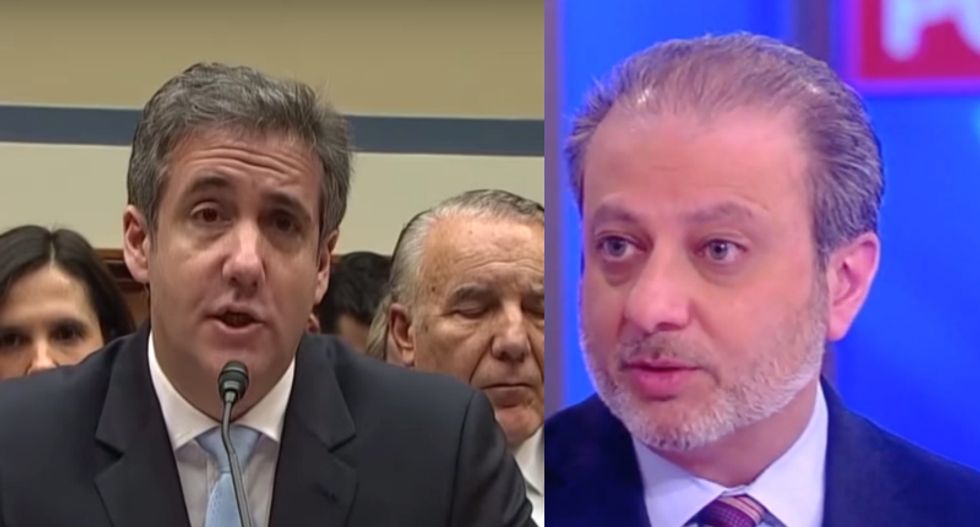 Former U.S. Attorney for the Southern District of New York Preet Bharara on Tuesday compared President Donald Trump's former fixer Michael Cohen to his own tattletale kids, telling The View's Abby Huntsman "nobody likes a snitch" despite their importance to winning criminal cases.

"Snitch is a word that people like us don't like to use," Bharara said in response to Huntsman's question about Cohen's credibility. "It's a colorful phrase. 'Cooperating witnesses.'"

"There is something in our system that doesn't like people who snitch," he continued and shared a story about his two young children. "My daughter comes marching into the kitchen and says to my wife and me, points to her brother, she's clearly about to tell on him."

"We do a thing that surprised her, we said 'don't tell us, we don't want to know,'" Bharara said. "She got very confused because she was going to be a snitch and nobody likes a snitch. But they're the backbone of criminal cases."