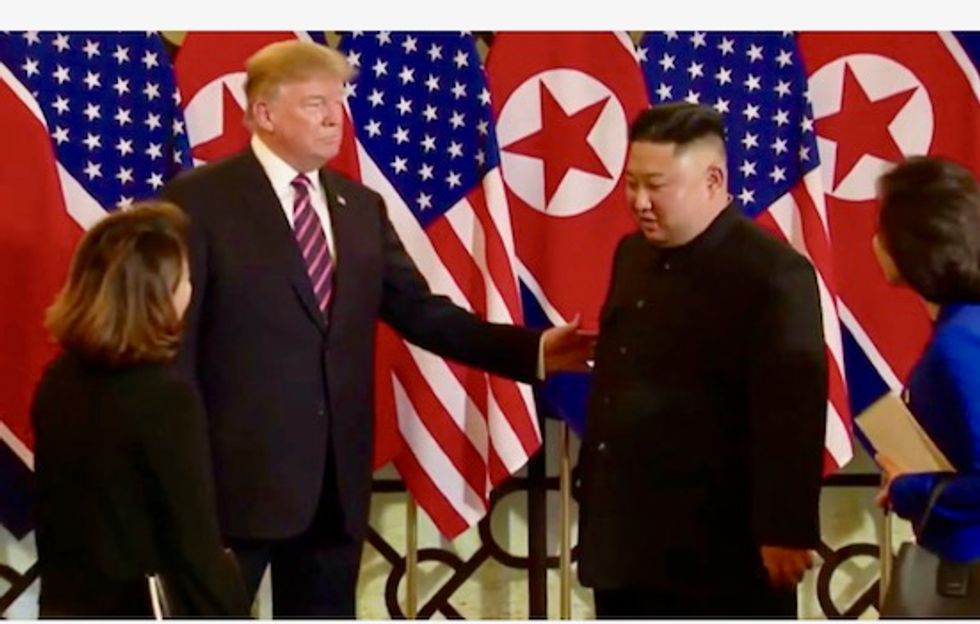 NBC News is reporting that North Korea is pursuing the "rapid rebuilding" of their long-range rocket site.

"The same day the satellite photos at Sohae were taken, President Trump touted his talks with Chairman Kim in Hanoi as 'very productive,' saying the two leaders have 'made great historic progress,'" NBC noted.

Trump has repeatedly touted his relationship with Kim Jong-Un as the reason there are "no more missiles" being launched by North Korea.