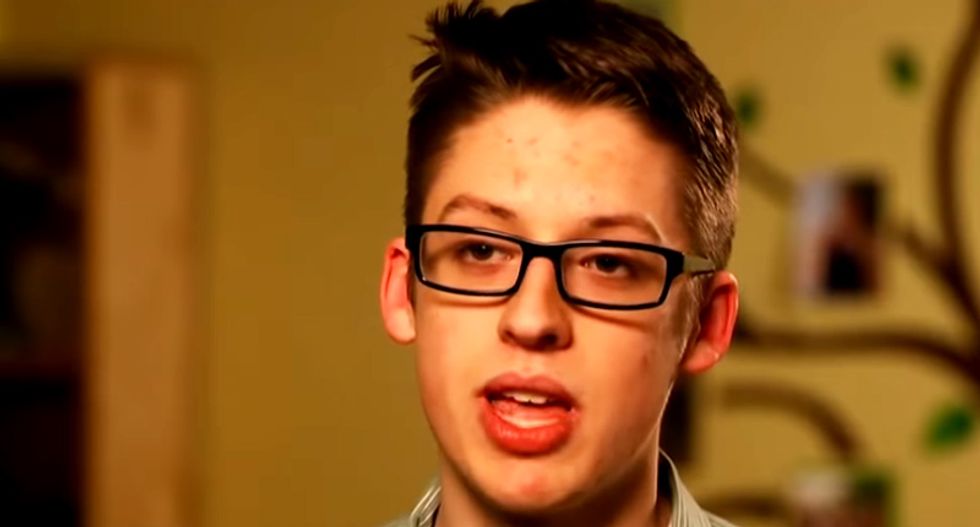 A US high school student who had himself vaccinated despite his parents' objections is set to testify Tuesday before the US Congress about a surge in outbreaks of preventable diseases.

Ethan Lindenberger says he grew up in an "anti-vax household," but decided to go against his parents' wishes to get vaccinated once he turned 18 and was able to legally make the decision for himself.

The teen's decision generated international headlines at a time when health experts are warning of a global surge in measles cases -- preventable by vaccine -- brought on by conflict, complacency and the anti-vaccine movement.

Lindenberger, who lives in Norwalk, Ohio, announced over the weekend that he was invited to testify at a Tuesday hearing in the US Senate over preventable disease outbreaks.

He is scheduled to address the Senate Committee on Health, Education, Labor and Pensions, along with several health experts.

There have been 159 measles cases so far this year in 10 US states, according to the Centers for Disease Control (CDC). There were 372 cases in all of 2018.

Parents in 17 states are allowed to opt out of vaccinations for their children because of their personal beliefs. Medical and religious reasons also can be cited to forego vaccinations.

Disinformation spread on social media has helped fuel an anti-vaccine movement in the United States, with many so-called "anti-vaxxers" believing medically baseless claims that the innoculations can cause autism and other negative health effects.

Experts insist vaccines are safe and necessary to protect the larger community from highly infectious diseases like measles.

"My mom didn't believe that vaccines were beneficial to the health and safety of society, and believes that they cause autism, brain damage and other complications," Lindenberger said in a YouTube video posted over the weekend.

The US outbreaks "are linked to travelers who brought measles back from other countries such as Israel and Ukraine, where large measles outbreaks are occurring," the CDC said.

It then propagates among un-vaccinated people, who tend to live close to each other.