Pastor who bought wife a Lamborghini begs members to pay $250,000 for church repairs 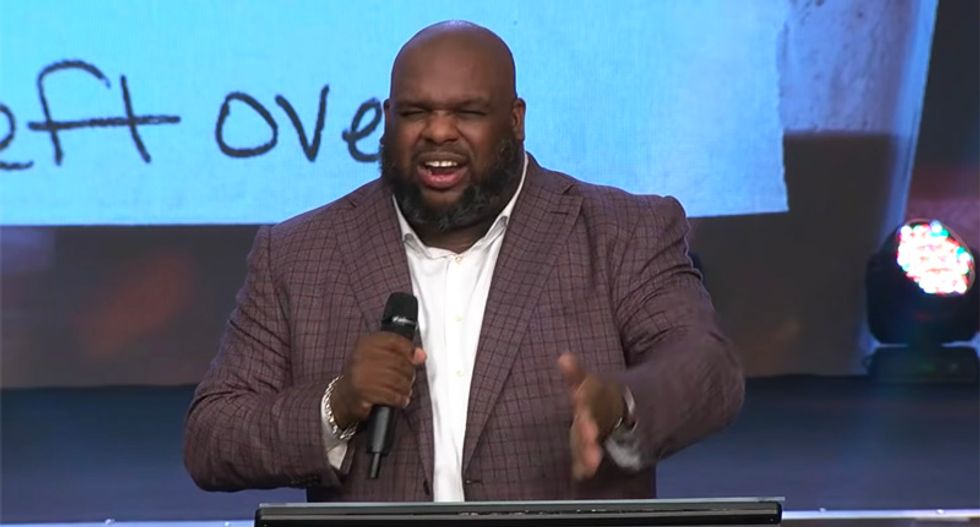 The Relentless Church pastor explained to his congregation that the church still had millions in debt after he took it over from former Pastor Ron Carpenter.

However this asks comes right after Gray was scrutinized for his lavish lifestyle. He gifted his wife a $200,000 Lamborghini Urus.

"We didn’t take an easy assignment. If we wanted an easy assignment, we would start from scratch without millions of dollars in debt," Gray said. "We took the assignment because we knew God has given us the right people to build with. I believe the best days of Relentless Church are in front of it."

"This is not a plea for money, it's a plea for partnership so we can be what we’re supposed to be."

He broke down how much he needed from people.

"Gray broke down the church's financial need on Feb. 10 by saying the roof repairs could be made if 2,500 people gave $100, or more than half could be raised if 500 people gave $300," a report from Greenville Online said.

He then explained that he needed the roof to in order to make the church a safe haven for those escaping extreme weather.

"The Holy Ghost said this to me so I’m going to speak it out, that there is severe weather coming to the region this spring because of all of the climate change and issues," Gray said. "Whether you understand all the science behind it or not, or agree, I heard the Lord say, 'I want you to make sure the house is covered so that when storms come people can come in here and be covered.'"