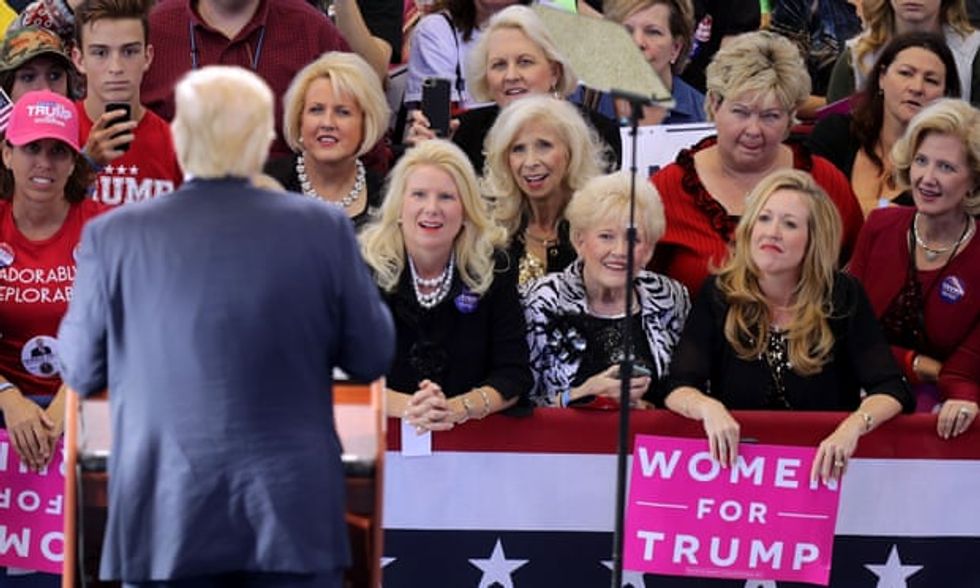 New York Times columnist Paul Krugman outlined all the reasons why President Donald Trump's tax cut failed — and how much it's going to cost American taxpayers.

Krugman pointed out that although the 2017 tax cut is Trump's only "significant piece of legislation" to date, it only delivered for the nation's richest.

What's more, the columnist argued, is that the theory behind the tax cut "has turned out to be a complete bust" that will leave American taxpayers saddled with an additional $2 trillion in debt.

"The Trumpist theory — which was, I’m sorry to say, endorsed by conservative economists who should have known better — was that there was a huge pile of money sitting outside the U.S. that companies would bring back and invest productively if given the incentive of lower tax rates," Krugman wrote.

"But that pile of money," he continued, "was an accounting fiction."

What's more: "the tax cut didn’t give corporations an incentive to build new factories and so on; all it did was induce them to shift their tax-avoidance strategies."

Krugman noted that Brad Setser of the Council on Foreign Relations pointed out the source of that disparity: upon first glance, it appears that American companies make huge profits via overseas subsidiaries, but a deeper inspection reveals that "the bulk of these reported profits are in a handful of small countries with low or zero tax rates, like Bermuda, Luxembourg and Ireland."

"The companies obviously aren’t earning huge profits in these tiny economies," he wrote. "they’re just using accounting gimmicks to assign profits earned elsewhere to subsidiaries that may have a few factories, but sometimes consist of little more than a small office, or even just a post-office box."

"Companies didn’t use their tax breaks to invest more," he noted. "Mainly they used them to buy back their own stock. This in turn, put more money in the hands of investors, which gave the economy a temporary boost — although for 2018 as a whole, one of the biggest drivers of faster growth was, believe it or not, higher government spending."

In spite of the large debt figure, Krugman said he's "not deeply worried" at the looming $2 trillion deficit created by the tax cuts.

"Given low borrowing costs, the costs and risks of federal debt are far less than the usual suspects — again, the same people who cheered on the Trump tax cut — have claimed," he mused.

"But think of all the other things we could have done with $2 trillion — all the infrastructure we could have built and repaired, all the people who could have been given essential health care," Krugman wrote. "What a colossal, corrupt waste."