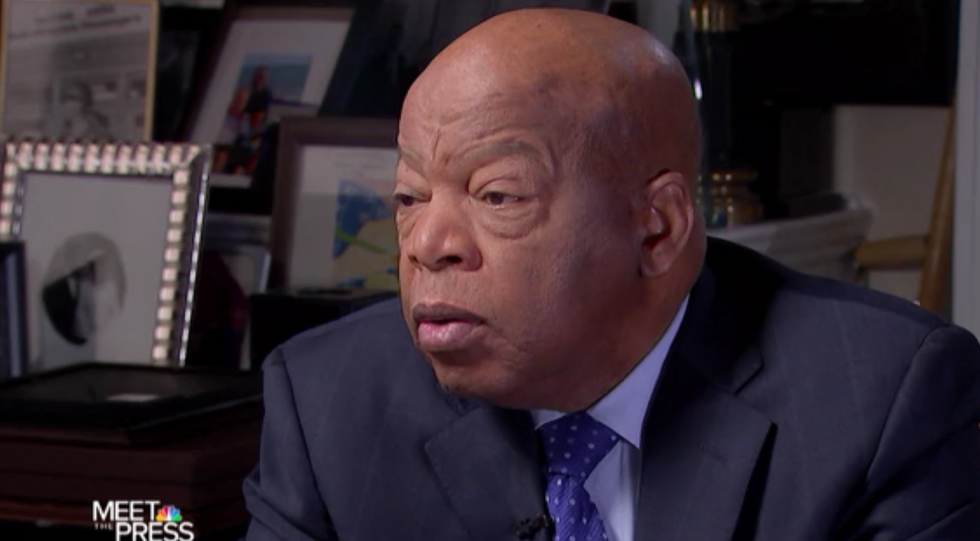 A new digital billboard purchased by a Pennsylvania man has sparked controversy with what some are calling a divisive message.

“The first time I saw it, I was just [in] complete and utter shock," Pennsylvania resident Michael Allshouse told WPXI of the billboard that features images of several prominent African American members of the House of Representatives (all Democrats), and calls them "black racists."

The man behind the billboard's message, John Placek, told the news station that he’s not racist himself, just a "proud patriot."

“Racism is misunderstood in America and I want to have the conversation," Placek told Pittsburgh-based WPXI. “We need to get over 'I’m black. You’re white. You’re Hispanic...who cares?'"

He then continued: "I don’t care about that....I do care about how you act and how you stand for my flag, our flag.”

Despite the provocative messages contained on the billboard, the purchaser said he wants to "get people talking."

“We gotta get people talking....we gotta get them excited," he said. "And that’s what I’ve done...the billboard was never meant to hurt anybody....I’m a patriot....I’m an American," Placek continued.