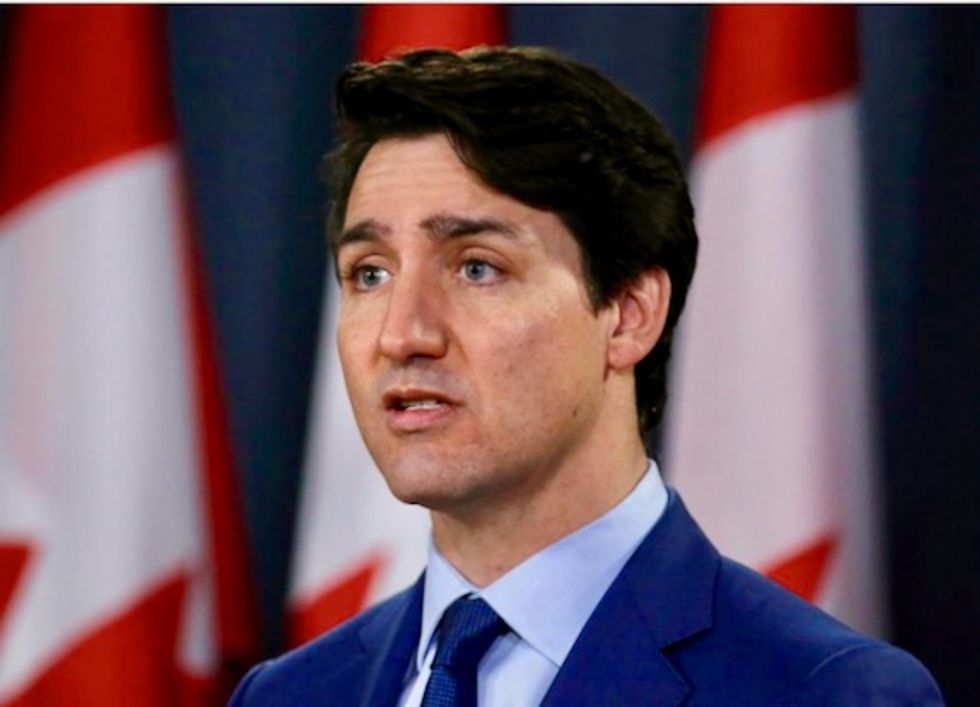 Prime Minister Justin Trudeau on Thursday denied interfering in Canada’s judicial system as he sought to defuse a controversy threatening his political future and offered no apology, asserting only that lessons had been learned.

“There was no breakdown of our systems, of our rule of law, of the integrity of our institutions,” Trudeau, the Liberal Party leader, told reporters. “There was never any inappropriate pressure.”

Trudeau, 47, came to power in November 2015 promising “sunny ways,” more accountability and a greater number of women in cabinet. He now finds himself accused of trying to arrange a backroom deal with a major company as his officials leaned on a high-profile woman cabinet minister.

Trudeau and other senior officials deny doing anything improper by asking Wilson-Raybould to consider offering SNC-Lavalin a deal to avoid a trial on charges of bribing Libyan officials. Wilson-Raybould had the power to scrap the decision to go to trial and impose a fine but decided against it.

The crisis has prompted the resignations of Wilson-Raybould, Treasury Board President Jane Philpott and Trudeau’s closest political aide, Gerald Butts.

Although Trudeau had addressed the crisis in previous encounters with the news media, it was the first time he had summoned reporters specifically to talk about the affair.

“As we look back over the past weeks, there are many lessons to be learned and many things we would have liked to have done differently,” he said, adding he should have been aware Wilson-Raybould was unhappy.

“It’s clearer than ever that inside his government, political interference and contempt for the rule of law are a matter of course,” he said in a post on Twitter.

Some Liberal legislators complained privately that Trudeau’s team had mishandled the matter. One senior party member, who had previously voiced concerns, said Trudeau had been right not to apologize.

SNC-Lavalin, which employs 9,000 people in Canada, was seeking a deferred prosecution agreement to allow the firm to escape with a fine.

It has close connections to the government. Kevin Lynch, the company’s chair, was once head of the federal civil service.

The company is based in the populous largely French-speaking province of Quebec, where Trudeau’s Liberals lead in the polls but say they need to win more seats to have a chance in the October election.

Liberal officials say media coverage of the affair in Quebec has been much more favorable than in other parts of Canada.

Wilson-Raybould told the House of Commons justice committee last week that officials, citing the need to protect jobs, kept on pressing her to think again even after she made clear she felt the company needed to face a trial.

“We considered she was still open to hearing different arguments, different approaches on what her decision could be. As we now learn ... that was not the case,” Trudeau said.

He said relations between his office and Wilson-Raybould had clearly been fraying for months.

“I was not aware of that erosion of trust. As prime minister ... I should have been,” Trudeau said.

Wilson-Raybould, unexpectedly demoted to the veterans affairs ministry in January, quit on Feb. 12.

Reporting by David Ljunggren and Julie Gordon in Ottawa; Editing by Bernadette Baum and Howard Goller