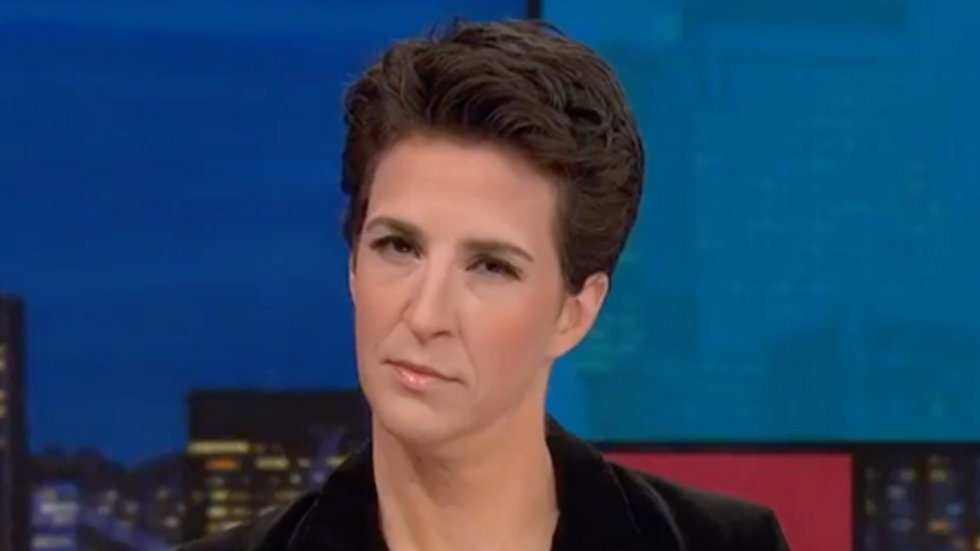 In her Monday show, MSNBC host Rachel Maddow explained that she has 15 questions after reading Attorney General Bill Barr's summary of the special counsel's report. A few of those, however, might scare the president.

It's unknown what the report from Robert Mueller says, what it uncovered, what he recommended to Congress or even how many pages it is. But Barr's summary has raised more questions than it seems to have answered.

1. Why did Mueller not decide on obstruction of justice?

2. Did Mueller expect Barr to decide on obstruction?

3. Should Barr have decided on obstruction?

4. Did Mueller want to protect a future grand jury?

5. Why did Barr consult the DOJ office of legal counsel before deciding about obstruction?

6. What will be briefed to the Intelligence Committees and Gang of 8?

7. Was there a full investigation of Trump's intent regarding obstruction?

8. Were Trump's finances part of the investigation?

9. Will we see the Mueller investigation scope memo?

10. Will we see Trump's written responses to Mueller?

11. Will the Mueller report be released?

12. Will Mueller testify before Congress?

14. Will ongoing investigations be affected?

Of those 15 questions, two stick out: numbers four and seven.

"One of the reasons it might not be proper for a prosecutor -- for any prosecutor or for the Department of Justice, more broadly -- to jump in and make a pronouncement that a president appears to have committed crimes is because of the possibility that that president could actually be indicted and prosecuted and put on trial for those crimes after he or she has left office," Maddow said.

She explained as an example: Let's say Trump directed his long-time lawyer and "fixer" Michael Cohen or National Enquirer CEO David Pecker to commit campaign finance crimes before the 2016 election. If Cohen is going to jail for that, are prosecutors in New York willing to bring charges against Trump after he is out of office?

"So, say they plan to do that," Maddow continued. "They plan to try to secure that indictment against the president starting the day he leaves office. That kind of scenario might be a reason why a prosecutor, and why the Department of Justice, more broadly, would not want to go on the record publicly declaring whether or not behavior by the president amounts to a crime. Because that sort of pronouncement from a Justice Department prosecutor or the Justice Department would taint the deliberations of any grand jury asked to consider whether an ex-president committed a crime and should be indicted as such."

She noted that it could be the reason Mueller would not have said one way or another about obstruction of justice crimes if he did look into them.

If Barr released his statement proclaiming Mueller found Trump innocent, that could have destroyed any future possibility of a grand jury investigation.

In number seven, Maddow explained that Barr already said that the president couldn't be charged with obstruction of justice. In his 19-page memo, he claimed that the entire Mueller investigation should never happen to begin with. If that's true, then does he also believe a president can't obstruct justice? If that's the case, his summary may have glossed over Mueller's findings or any referral to Congress.

"Barr says the determination he came to, that Trump couldn't be charged with obstruction of justice, was based in part on the special counsel's conclusion that, 'the evidence does not establish that the president was involved in an underlying crime related to Russian election interference.' Barr says, 'while not determinative, the absence of such evidence bears upon the president's intent with obstruction.' Well, was there a full investigation of the president's intent when it came to obstruction of justice?"

That was not to be part of the scope of Mueller's investigation. Americans watched as Mueller uncovered additional crimes, and referred them to the various districts responsible. He then continued working on the Russian collusion case. Presumably, he wouldn't have done an obstruction investigation if it didn't fall under what the investigation was supposed to entail. That could be the reason that some legal analysts suspect Mueller "punted" the obstruction piece to Congress.

Other questions are complicated, but Trump should also be uneasy about. Is he willing to finally admit that Russia was involved in his 2016 win? Will Mueller's report show that Trump is compromised by Russia, whether he conspired with them or not? If Mueller didn't look into whether Trump is compromised by Russia, who will do the research to ensure American national security isn't at risk? Do Republicans care about the hacking of the elections and are they interested in protecting the U.S. from foreign adversaries?