‘Rapper’ son defends parents in college admissions scandal: ‘Everyone has a right to go to college, man’ 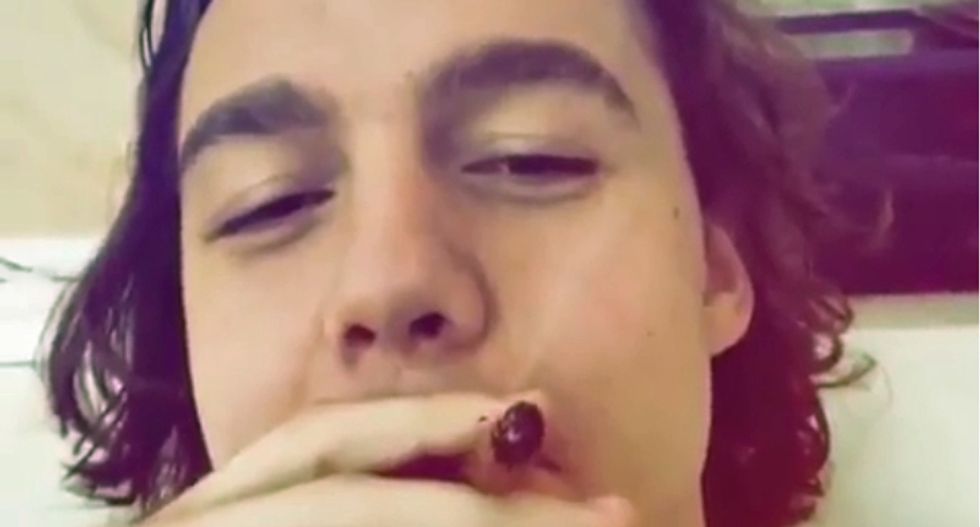 Malcom Abbott smoking in a bathtub, via Instagram user billatherapper

The New York Post caught up with Malcolm Abbott after he "popped out of the family’s Park Avenue building to smoke a giant blunt — while defending his parents and bragging about his latest CD."

As the NY Post reported Tuesday, "New York food and beverage distributor Gregory Abbott and his wife allegedly paid over $100,000 to help their daughter cheat on the SAT and ACT."

“They’re blowing this whole thing out of proportion,” Malcolm Abbott told the newspaper. “I believe everyone has a right to go to college, man.”

He admitted he did not go to college.

Malcolm's brother said their parents “got roped into [this by] some guy who f*cking cheated them.”

Watch Malcolm Nance explain his theory that “You got to start your day off right to be successful."