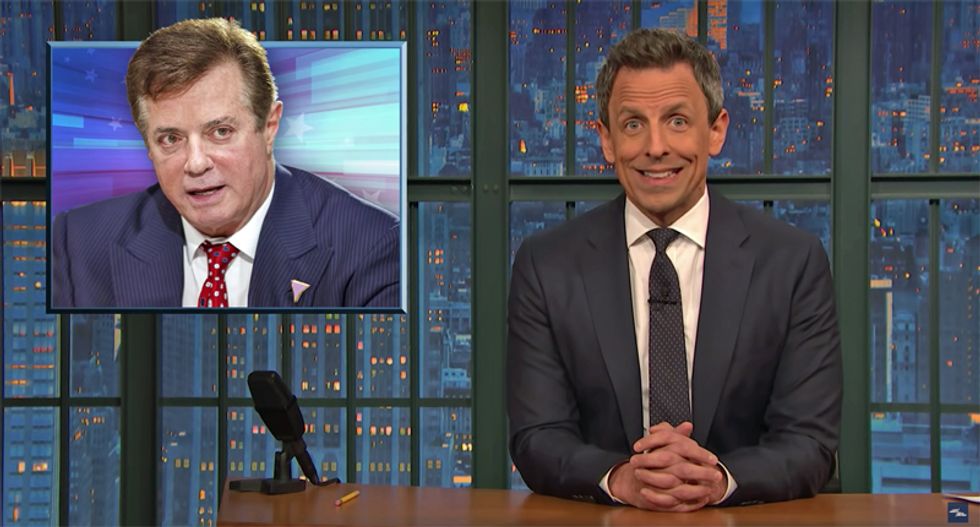 The host of "Late Night with Seth Meyers" explained the parallels between the college admissions cheating scandal and the convictions of Paul Manafort.

"A massive college cheating scandal and the sentencing of the president's ex-campaign chairman have exposed corruption at the highest levels of society," Meyers noted. "The past 24 hours have really pulled back the curtain on how wealth and power operate in America."

"Yesterday, a $25 million college admissions cheating scandal ensnared Hollywood actors and some of the wealthiest people in the country," he continued.

"And today, the president's campaign chairman was indicted in one case for fraud and sentenced in another case after he was already sentenced last week in a third case -- in which he was accused of stealing money and spending it on 'a jacket made from an ostrich,'" he said.

"In other words, rich people are insane," Meyers concluded. "Once you have that much money, it poisons your brain."