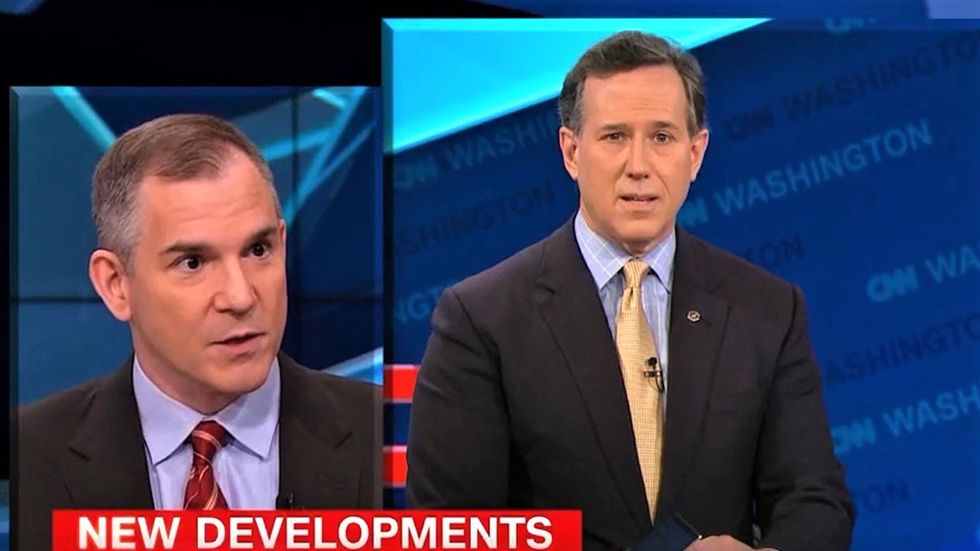 The Department of Justice this week said it would push to overturn the entire Affordable Care Act, even as President Donald Trump declared that the Republican Party would soon be known as the "party of health care."

While most Democrats in Congress believed that this was a major political gift to them, Trump supporter Rick Santorum insisted on Wednesday that he has a plan that would be politically popular and offer better coverage than Obamacare.

When questioned about this, Santorum acknowledged that this plan wasn't too different from the GOP's failed "skinny repeal" bill that the late Sen. John McCain (R-AZ) infamously shot down in 2017. However, he believed it would stand a better chance at passing now because the GOP now has a stronger majority in the United States Senate.

New York Times columnist Frank Bruni, however, slapped down Santorum for believing he could sell the GOP's plan to the American public.

"This idea of, let's leave it to the states and not knowing what they would do is irresponsible," he said. "20 million Americans could lose coverage, and what happens in the stead of that?"

He then accused Santorum and the GOP of wanting to "junk Obamacare and then figure out what to replace it with later."

Santorum responded by defensively insisting that his plan, which has not yet been publicly unveiled, wouldn't put anyone's health care in jeopardy -- even though it hasn't yet been analyzed by the Congressional Budget Office.