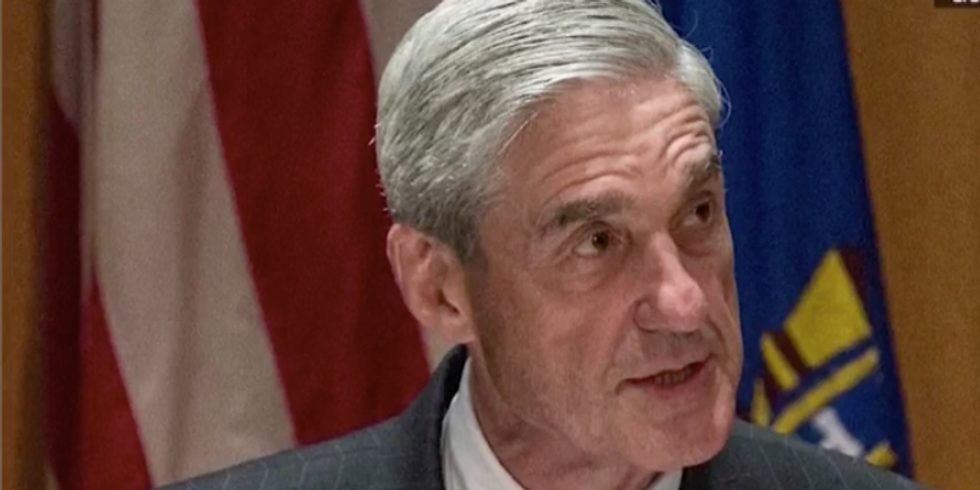 After Watergate, it was unthinkable that a president would fire an F.B.I. director who was investigating him or his associates. Or force out an attorney general for failing to protect him from an investigation. Or dangle pardons before potential witnesses against him.

But the end of the inquiry by the special counsel, Robert S. Mueller III, made clear that President Trump had successfully thrown out the unwritten rules that had bound other chief executives in the 45 years since President Richard M. Nixon resigned under fire, effectively expanding presidential power in a dramatic way.

At question isn't Mueller finding that he could not establish that a conspiracy occurred between President Donald Trump, his campaign, and the Russian government. Instead, Baker focused on the aspect of Mueller's investigation that touched on Trump's behavior as president and possible charges of obstruction of justice.

Mueller did not offer a conclusion on this question, Attorney General Bill Barr said Sunday in a letter to Congress. He presented evidence for and against a possible charge of obstruction, likely to allow Congress to make the determination. Barr, along with Deputy Attorney General Rod Rosenstein, separately decided that there was not sufficient reason to charge Trump with obstruction.

As Baker argued, this undermines a powerful norm in American politics and the executive branch. Since President Richard Nixon's abuses of power and corruption of the Justice Department brought on his downfall, occupants of the White House have rightly kept their distance from the law enforcement arm of the federal government (with some notable exceptions). The operation of the rule of law is supposed to belong outside politics and the president's personal and partisan interests, so the distance was deemed appropriate and necessary.

Trump disregarded these norms by firing FBI Director James Comey, an act that he admitted he took because — to his mind — the Russia investigation was a "hoax." Many legal experts have argued that this was a classic case of obstruction of justice.

But Mueller, it seems, declined to take a firm stand.

"Mr. Mueller’s decision to not take a position on whether Mr. Trump’s many norm-shattering interventions in the law enforcement system constituted obstruction of justice means that future occupants of the White House will feel entitled to take similar actions," wrote Baker. "More than perhaps any other outcome of the Mueller investigation, this may become its most enduring legacy."

It's a frightening proposition. And we might not even need to wait for Trump's term to come to end before the effects of this norm are felt. We know many other federal investigations of Trump's businesses, family, and inner circle continue — why can't the president interfere in any of these matters, if he faces no punishment for his obstruction of the Russia probe?

Defenders of Trump argue that the power designated to him by Article II of the U.S. Constitution protect him from any criminal inquiry into the overt use of these powers. But this isn't set down in the Consitution, and there's no reason we should buy it. Why should we think presidential actions are above the law?

Advocates of this nearly unfettered view of executive power argue that there's an appropriate remedy to unacceptable behavior by a president: impeachment.

But in Trump's case, it's clear impeachment would be an extremely heavy lift. Senate Republicans would need a powerful reason to remove Trump from office, given his continued support among the party base. They will use any fig leaf of cover they can find to avoid holding Trump accountable for his crimes — and Mueller and Barr gave them just the fig leaf.

If Mueller — a venerated prosecutor appointed by both a Republican and a Democratic president to lead the FBI during its most trying times — had concluded that Trump had committed criminal obstruction of justice, it's possible that could have been a game-changer. But any equivocation, as Mueller appears to have shown, takes us back to square one. And Barr and Rosenstein's decision to assert themselves and clear the president cements the GOP's belief that Trump is exonerated.

So here's where we are. A future president can fire investigators, dangle pardons to friends, and attack law enforcement officials for failing to cater to his or her whims. Perhaps they'll push the limits even further (the extent of Trump's behavior is, as yet, unknown to the public). Barr, Rosenstein, and Mueller, it seems, have given the green light to this behavior.

And Congress? There's no reason to think any future Republicans would show any more integrity than those currently in office. What if it happens under a Democratic president? Any Democrats who are still around from the Trump era may be called hypocrites if they let a president from their own party get away with behavior they had criticized, but there's no reason to think the party would be willing to turn against the White House when it's clear the other side doesn't play by the rules. What Trump was allowed to get away with will stand as a precedent — more brash presidents may see it as a roadmap.

Just think how they would have reacted if President Barack Obama had fired Comey for investigating Clinton, and indicated to other investigators that she was not to be touched, and suggested he might pardon her or anyone else who got caught protecting her. They — rightly — would have seen this as an abuse of power, and abuse they now seem to think is just acceptable. They may come to regret this destruction of norms.

But we're already way too far down this path — there's no turning back now.