Rosenstein to stay at DOJ for ‘a little while longer’ despite initial plans to resign after William Barr’s appointment: report 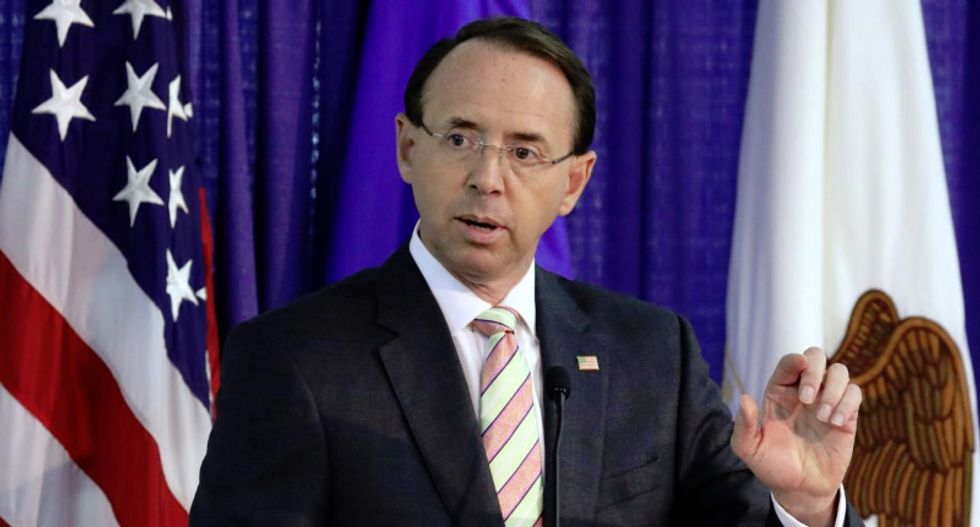 On Tuesday, Fox News reported that Deputy Attorney General Rod Rosenstein, who previously planned to resign in mid-March just after the appointment of President Donald Trump’s new Attorney General William Barr, has now reached an agreement with Barr to stay on for “a little while longer.”

Speculation is that Rosenstein wants to hang on at the Justice Department until the conclusion of special counsel Robert Mueller’s investigation into Russian interference in the 2016 election:

DOJ sources confirmed to Fox News that Rosenstein is still the primary liaison between department headquarters and Mueller’s office, even though the recently confirmed Barr has ultimate oversight over the Russia investigation.

When Mueller’s report on Russian meddling in the 2016 election is complete, he is expected to hand his findings to Barr. It is unclear what will happen after that.

Rosenstein’s change of heart is likely to delay Trump’s appointment of Jeffrey Rosen, a Transportation Department official, to replace him — a decision that caused worry due to the fact that Rosen has no experience running the DOJ and would serve in a role that is critical for the day to day operations of the federal justice system.

He also assumed oversight of Mueller’s investigation into Russian interference in the 2016 presidential election, due to Sessions’ decision to recuse himself from Russia-related matters — and Rosenstein’s refusal to shut down or interfere with Mueller’s work has been a constant source of fury for Trump, who has baselessly attacked the probe as a “witch hunt.”