Senators ask US border agency about reported tracking of journalists 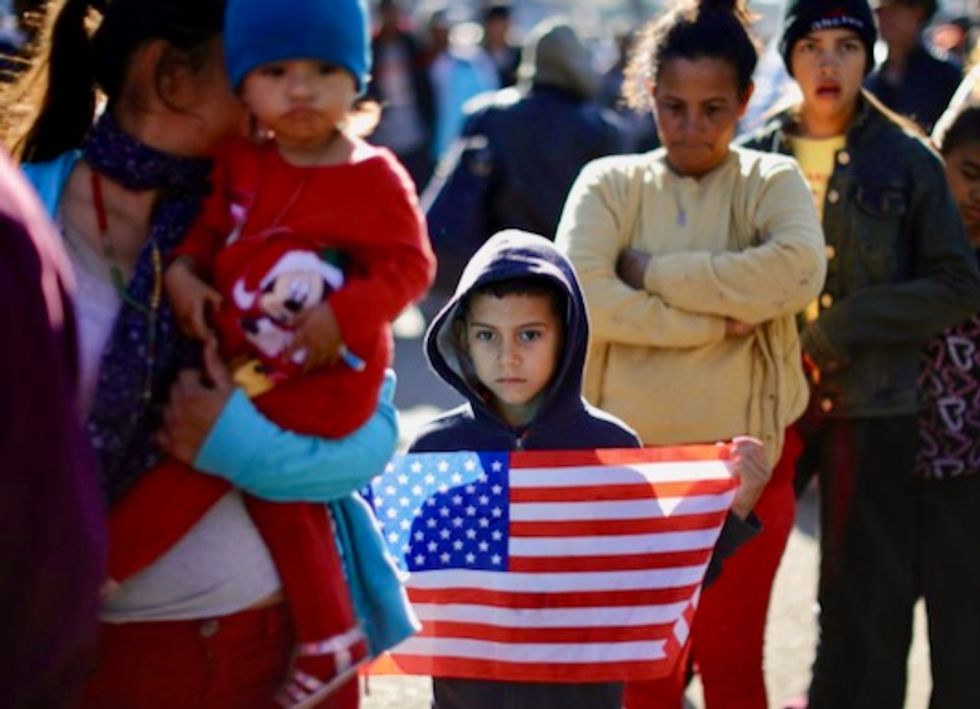 FILE PHOTO: Marie Orellana, 28, and her seven-year-old son Angel (3rd L holding flag), from Honduras, part of a caravan of thousands of migrants from Central America trying to reach the United States, queue for food outside a temporary shelter in Tijuana, Mexico, November 25, 2018. REUTERS/Lucy Nicholson/File Photo

Republican Chuck Grassley, chairman of the Senate Finance Committee, and Ron Wyden, the panel’s top Democrat, wrote a letter to CBP Commissioner Kevin McAleenan asking for an unclassified briefing no later than Thursday.

“Unless CBP had reason to believe the individuals in question were inciting violence or physical conflict, it is deeply concerning that CBP appears to have targeted American journalists at our borders,” Grassley and Wyden wrote.

Representatives of the agency did not immediately respond to Reuters requests for comment on Monday.

The senators referred to an NBC News report last week about documents listing 10 journalists, an attorney and 47 others, some of them labeled organizers and instigators from the United States and elsewhere.

The NBC affiliate in San Diego, KNSD-TV, said it received the documents from an unidentified source in the Department of Homeland Security, which includes Customs and Border Protection.

At least three journalists and the attorney listed on the documents were unable to enter Mexico to work because of alerts placed on their passports and others have been subject to secondary screenings when crossing the border, the news station reported.

Reuters did not see the documents and was unable independently to corroborate NBC’s findings. One of the journalists the station said was listed was Go Nakamura, a photographer who has done several freelance assignments for Reuters and began covering the caravan on Nov. 10.

CBP spokesman Andrew Meehan said in a statement last week that the tracking was related to assaults on agents that occurred during November and January. CBP does not target journalists for inspections, he said.