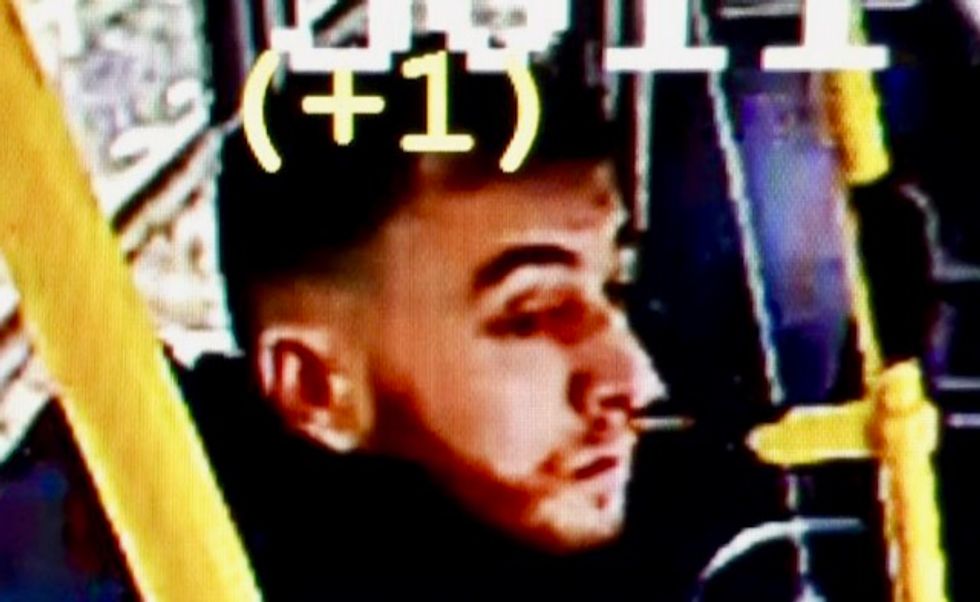 The prime suspect in a deadly shooting on a tram in the Dutch city of Utrecht was known for a "rap sheet from here to Tokyo" but showed few signs of radicalism, according to residents and reports.

Turkish-born Gokmen Tanis, 37, had been released from jail only two weeks ago in a rape case and has an extensive criminal record including for the possession of illegal weapons.

Police were still questioning Tanis over Monday's rampage in which three people were killed, saying they were "seriously" investigating a terrorist motive because of a letter found in his getaway car.

In the largely immigrant Kanaleneiland area of Utrecht where Tanis hailed from, people were in shock at the allegations about a man variously described as "nice" and "mad".

"I was shocked when I saw his picture. I thought to myself: 'I know this guy!" said Mehmet, an unemployed 51-year-old who asked to be identified only by his first name.

"I heard from people here that he was using drugs," Mehmet told AFP, adding however: "He is really a nice guy. I never heard anything bad from him."

The neighbourhood is home to mainly people of Turkish and Moroccan descent, full of shops and restaurants, with many veiled women on the streets. Since Monday, police cars have been patrolling the streets.

The imam at a local mosque said Tanis did not attend prayers there, but added "I have learned that he had family problems."

"If he had come to this mosque, he would never have done what he did yesterday," imam Ali Cepi told AFP.

The picture that emerged of Tanis in Dutch media was a far darker one.

People in Kanaleneiland described Tanis as a "small-time criminal and dealer", a "loser with a drug problem" and as being "confused and lost."

Broadcaster NOS reported that some of his relatives had links to fundamentalist Islamic groups, but also that he was known for unstable behaviour after divorcing his wife two years ago.

"He got involved with hard drugs and started smoking heroin," one resident told the Volkskrant newspaper, asking not to be named.

"We want nothing to do with him. He has the IQ of a shrimp," the resident said.

A woman involved in the 2017 rape case against Tanis was even more scathing.

"He is completely mad and uses drugs. I have previously warned the police against him. He's not a terrorist but a psychopath," she told the Algemeen Dagblad newspaper.

His father Mehmet Tanis told Turkish media that his son "must be punished" if he was responsible for the tram shooting.

But Mehmet Tanis, whose family originally hails from Yozgat in central Turkey, said he had had "no dialogue, no contact" with his son for 11 years since divorcing Tanis's mother, leaving the Netherlands and returning to Turkey.

Dutch court officials confirmed that Gokmen Tanis had a criminal past.

In 2017, he was detained for a month in a rape case, and then taken back into pre-trial detention in January 2019 after he did not comply with probation conditions including a "personality test", the central Netherlands district court said.

But he was again released at the beginning of March after agreeing to cooperate.

In 2014, he was convicted of "illegal possession of weapons" and attempted theft but acquitted of attempted manslaughter.

He also has convictions in recent months for shoplifting and burglary.

The fact that he was released from jail prompted angry questions from Dutch lawmakers on Tuesday.

"He had a rap sheet from here to Tokyo and yet he was freed. You are politically responsible," Dutch far-right and anti-Islam leader Geert Wilders told Justice Minister Ferd Grapperhaus during a parliamentary session on Tuesday.

Jesse Klaver, leader of the GroenLinks (Green-Left) party, asked Grapperhaus simply: "Why was this man not in jail?"