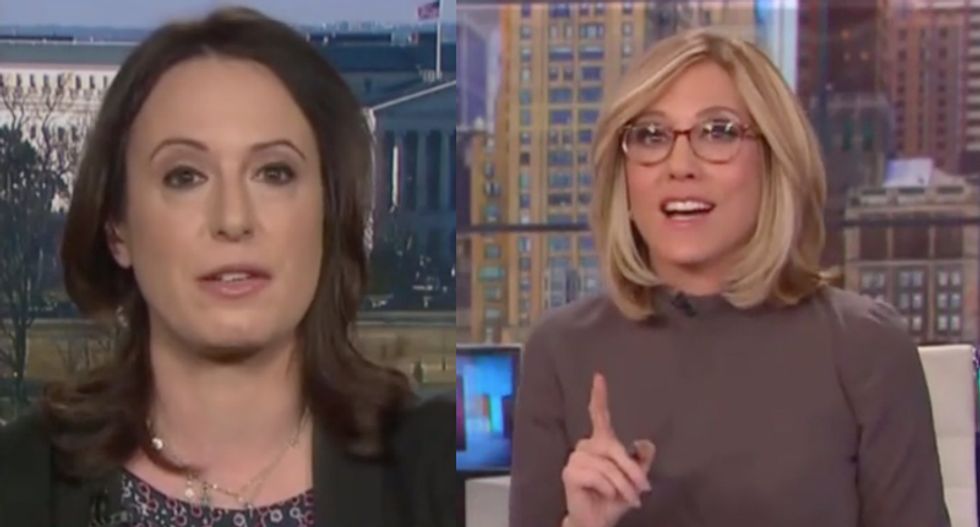 "That is absurd, Maggie," interjected Camerota.

"The part that Donald Trump every month would sign, by hand, a check for $35,000 and not know," said a laughing Camerota as Haberman insisted it was perfectly normal. "This is a man who didn't even pay his vendors when they completed work for him. This is somebody who doesn't part with $35,000."

"I'm just doing this for a theoretical," Haberman shot back. "Say he thought he was reimbursing Michael Cohen for other things that he may not want people to know about. I'm talking specifically about the Stormy Daniels thing. I disagree that it's absurd."

"Wait a minute," said Camerota. "You're talking specifically that there might have been other things we didn't know about connected to Stormy Daniels --"

"No. I'm saying there might have been other things in the realm of things he didn't want the public to know about," Haberman said coyly. "I don't think we should presume just because we see something that it is giving us complete visibility into everything."