Efforts to eliminate the electoral college date back 50 years — and even Nixon was on board: CNN’s John Avlon 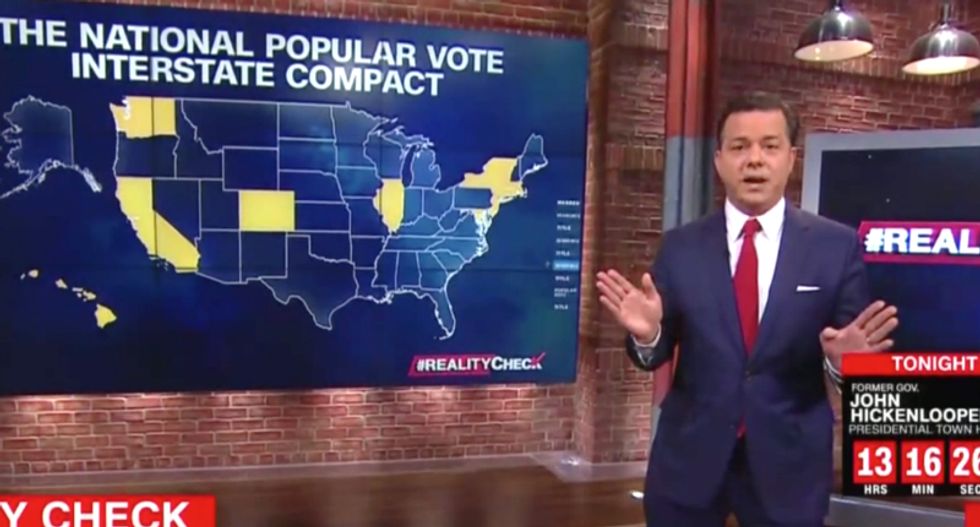 With at least one presidential candidate calling for the elimination of the Electoral College, CNN's John Avlon delivered a fact check that showed that the idea is hardly radical: efforts to get rid of it date back to the founding of the country, and even President Richard Nixon was on board.

"The Electoral College has been targeted for reform or abolition some 700 times," said Avlon. "That's more than any other part of the constitution."

Founding father James Madison declared the Electoral College "evil at its maximum" a year before Andrew Jackson won the popular vote but lost the presidency to John Quincy Adams. "Happening again in 1876 and 1888, which made incumbent Grover Cleveland so mad that he ran again 4 years later and reclaimed the office his supporters felt could be stolen from him," Avlon said.

"This little glitch didn't happen during the 20th century but reform efforts continued," Avlon went on. "In fact, Indiana senator Birch Bayh, who just last week died at age 91, came within a few votes of advancing an amendment to abolish the Electoral College and replace it with a direct popular vote." That effort eventually got the support of 80% of Congress.

"One year later, the House of Representatives voted overwhelmingly, to abolish the Electoral College," Avlon said. "Even president Nixon was on board, but it was filibustered to death in the Senate by southerners led by Strom Thurmond."

Avlon said that the Electoral College ceased to be an issue until the 2000 election, when George W. Bush lost the popular vote but won the presidency, as did Donald Trump in 2016.