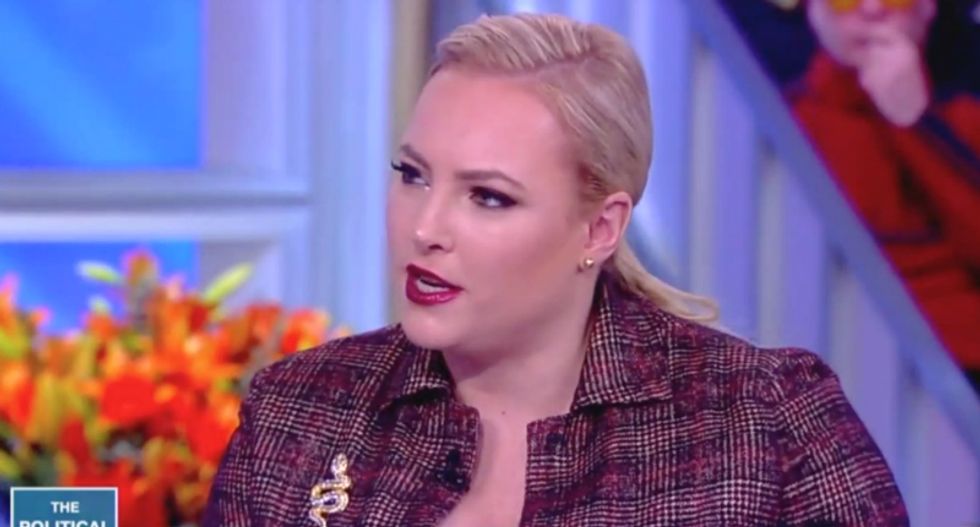 Washington state governor and presidential candidate Jay Inslee dropped by The View on Monday, where he ridiculed Meghan McCain's over-the-top fears about the Green New Deal, laughing in her face at one point.

The Green New Deal "would cost $93 trillion or, to every person in this room, $600,000 for each of your households. Do you think that plan is practical or have you endorsed it, or do you have another option?" asked McCain. "When I hear that an average American is going to have to spend $600,000 for a Green New Deal, you can understand how people like me don't think that's logical."

Inslee continued to extol the role of solar, wind, and biofuels and compared the transition in energy to growing up "in the time of rotary phones and now we got cell phones." He urged McCain not to be "so narrow-minded", which set her off again. Cut off from attacking the particulars of the proposal, she pivoted to environmentalists.

"Alexandria Ocasio-Cortez's campaign spent $30,000 on 1,050 Uber rides. Al Gore's home electricity was 20 times the national average even after a green overhaul," McCain went on, as Inslee openly chuckled. "A lot of environmentalists don't walk the walk, they just talk the talk, and then they want average Americans to spend $600,000!"

"Actually, that is not what's proposed. Let's get this straight," said Inslee as the audience erupted in sustained applause. "That is not proposed in the New Green Deal. I want to be real straight about this."