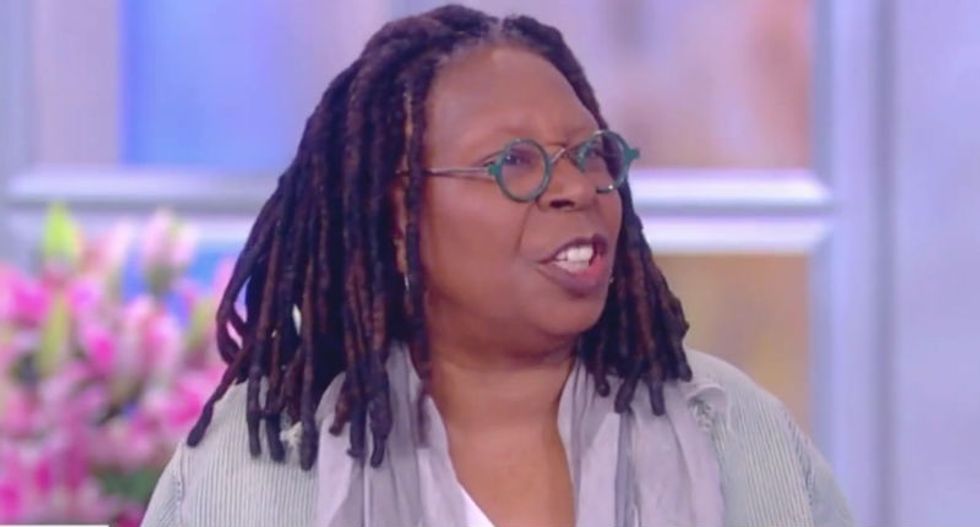 The View's Whoopi Goldberg taunted President Donald Trump from the show's set, saying that the president acts like he's about to launch a coup d'etat. If he ever tried, she said, he'd be in for a big surprise.

"One thing I've learned about our military, if you mess with one of their men and women that have served, they stand together," said Abby Huntsman, slamming Trump, who got out of military service with a claim of bone spurs. "Think about every minute he has spent on Twitter, the time he could spend making people's lives better."

"The saddest thing about all of this is he believes that the military is behind him," Goldberg said. "He likes to sort of put it out there like there's going to be a coup."

"I think, dude, when you realize how people feel about you, and what you're doing and what it does to the country --" she continued. "You can talk about us and John McCain until you're blue in the face. It's not going to change the fact that he was a hero."