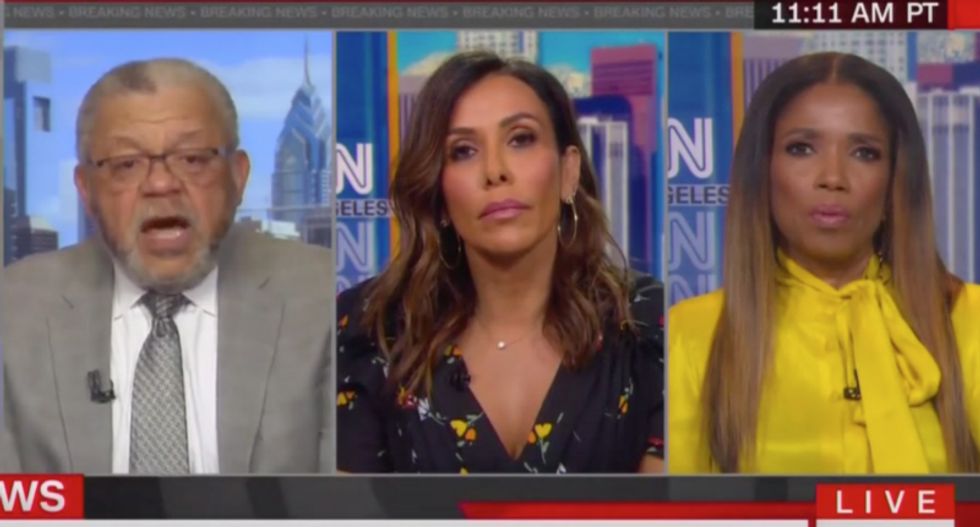 A CNN panel of legal experts exploded on Tuesday, after charges against Jussie Smollett for faking a hate crime were abruptly dropped amidst angry battling press conferences.

"This is ridiculous. It stinks," said former Washington D.C. chief of police Charles Ramsey. "This isn't on the police department, they did an investigation."

"Everybody wants to talk about police reform, accountability, transparency, you need to look at some of these prosecutors' offices as well" he went on. "This guy got to a judge, got to the state's attorney's office and they worked out a back door deal that threw the mayor and the police department under the bus, period."

"I'm typically not on TV supporting the police, particularly when they engage in bad conduct," added legal analyst Areva Martin, calling for the records to be unsealed. "If the defense team presented evidence that made the prosecution's case weak, then come forward and tell us what that evidence is."

"We can't forget this case, an element of this case was a phone call made to a high profile former aide to Michelle Obama, made a call to the state's attorney Kim Foxx putting her in contact with the family member from Jussie Smollett," Martin continued. "We know police officers in the police department have called for federal investigation of Kim Foxx and her communication."

"There's outrage over this, there was outrage when Smollett went from victim to suspect, there's outrage over the sudden decision with no transparency," chimed in defense attorney Sara Azari. "The Justice Department can look into this file and what led the D.A. to first indict on 16 counts, totally overcharge, and suddenly dismiss every single count." She added that "accountability" was inevitable, "because everybody's outraged over this result without any answers."

Ramsey, meanwhile, was shaking his head in exasperation.

"The Justice Department isn't going to do anything with this, let's be for real," he said. "What will happen in the news cycle is a day or two from now nobody's going to think any more about this and everybody's life moves on."

"If Jussie Smollett were Joe Shmoe, just a guy living in Englewood in Chicago, guess what, his butt would probably be in jail right now," Ramsey said angrily. "That's just a fact."