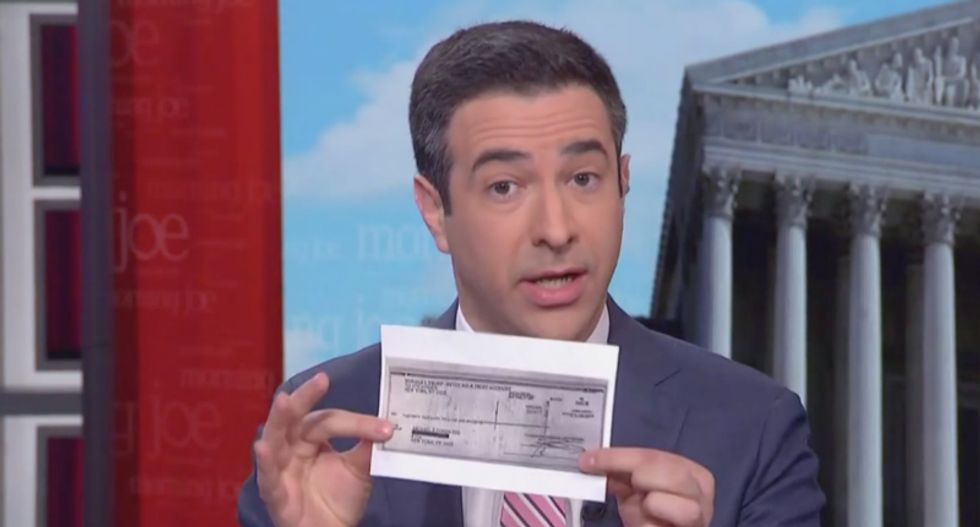 "I have it here," said Melber holding up a photocopy of the check. "This is significant because this was not at the hearing. This is the $70,000 check from a Trump Trust to Michael Cohen written during the Trump presidency, February 14th, 2017."

"What it shows," he continued, "is that on this score the documentary financial evidence corroborates Michael Cohen's account that Donald Trump was paying him while president for a confessed election crime and, thus, rebuts the denials we've seen from Donald Trump both in public and through his spokespersons that somehow he wasn't in on this repayment scheme."

Host Willie Geist noted the check was signed by both Trump Organization chief financial officer Allen Weisselberg and Donald Trump Jr, and asked for Melber to illustrate why the date on the check was important.

"He is president and this is a confessed crime," said Melber. "Here we have another check, another receipt if you will, that does corroborate key portions of Cohen's account. That's important because as we all know he has lied at one point."

"The more that the evidence comes into the record," he added, "the more the parts of Cohen's story falls into place and that's bad for Donald Trump."