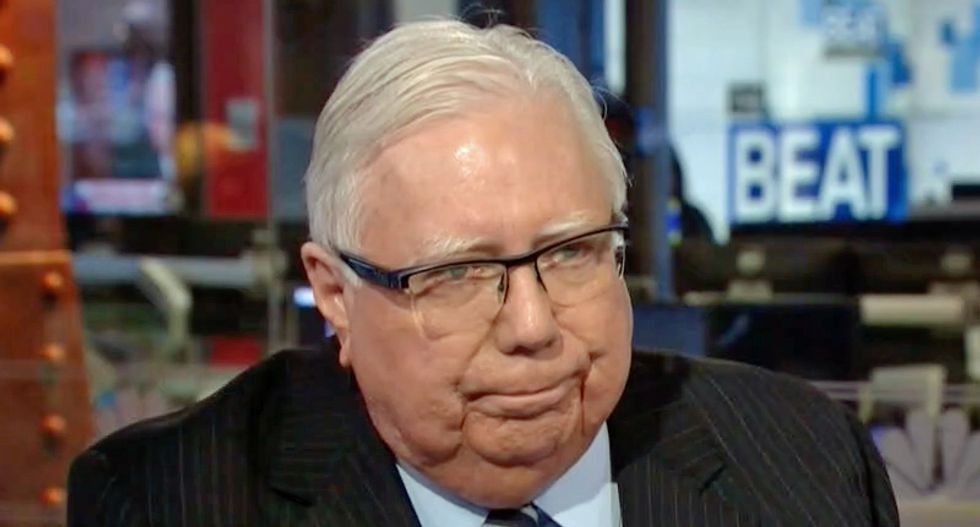 Conservative author Jerome Corsi, who is currently a person of interest in Robert Mueller's Russia probe due to his possible involvement with Wikileaks and Roger Stone, has apologized for publishing an article on Infowars regarding Seth Rich, the Washington Post reported Monday.

"Corsi on Monday apologized for writing an article in which he falsely alleged that Seth Rich, a Democratic National Committee staffer who was killed in 2016, and Aaron Rich, his brother, had leaked thousands of emails to the anti-secrecy organization WikiLeaks," the Post wrote.

The conspiracy theorist was formerly a writer for Infowars.

The apology, which said in part, "Dr. Corsi acknowledges that his allegations were not based upon any independent factual knowledge regarding Seth or Aaron Rich," was prompted by a defamation lawsuit from Seth Rich's family, filed last year.

Aaron Rich, the brother of Seth, told Rolling Stone in a statement Monday that: “I acknowledge the apology of Dr. Jerome Corsi for his false accusations about me, my late brother and my family, and I look forward to my day in court against others who have made similar false statements....my family and I miss my brother Seth terribly, and we are grateful to everyone who has supported us through this very difficult time.”