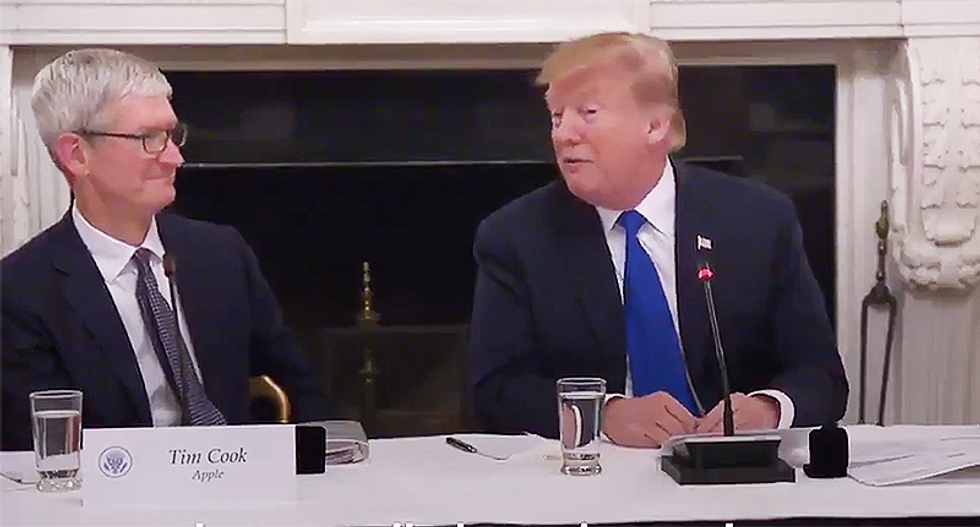 Writing on Twitter, Trump insisted that he hadn't referred to Apple's CEO as "Tim Apple" despite a video that clearly shows him doing just that.

"At a recent round table meeting of business executives, and long after formally introducing Tim Cook of Apple, I quickly referred to Tim + Apple as Tim/Apple as an easy way to save time and words," the president wrote. "The Fake News was disparagingly all over this, & it became yet another bad Trump story!"

Trump's explanation for why he said "Tim Apple" makes little sense, however, because saying "Tim Cook" would actually save time given that it is a full syllable shorter.

Over the weekend, it was reported that Trump insisted to donors at a fundraiser that he had actually said "Tim Cook" but that the microphone did not pick up the word for some unexplained reason.

Watch the original video of Trump referring to the Apple CEO as "Tim Apple" below.