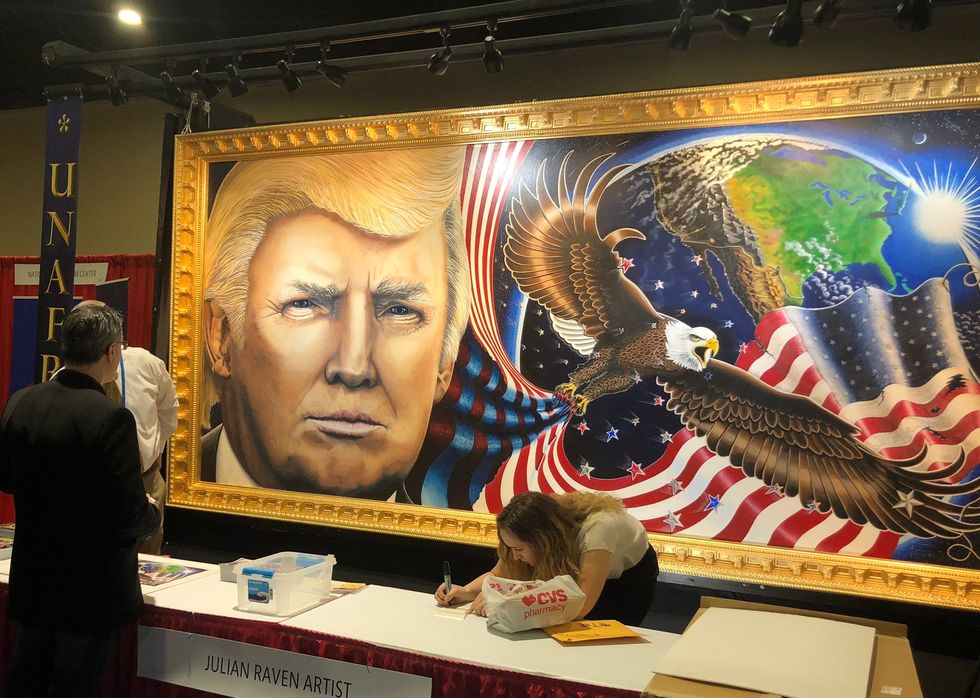 Julian Raven, the conservative artist whose massive mural of President Donald Trump drew widespread hackles when it was shown at CPAC 2019, believes that his work deserves a wider audience.

The Daily Beast reports that Raven has "has been locked for years in a legal battle" to get his 16-foot-wide Trump mural displayed at the Smithsonian Museum, which has so far been cool to giving his work space.

Raven recently lost his case before D.C.'s U.S. District Court to force the Smithsonian to display the Trump painting, but he tells the Daily Beast that he's prepared to take his fight to the highest court in the land.

"I have this incredible, unprecedented case that may go all the way to the Supreme Court," he says.

Raven also complains to the Daily Beast that his giant Trump painting has hurt his career as an artist, on the grounds that the art world "is controlled by very strong political ideologies on the left."

"It’s been a very uncertain and oftentimes very discouraging journey that did affect negatively my art career,” Raven says. "My art sales just took a nosedive."