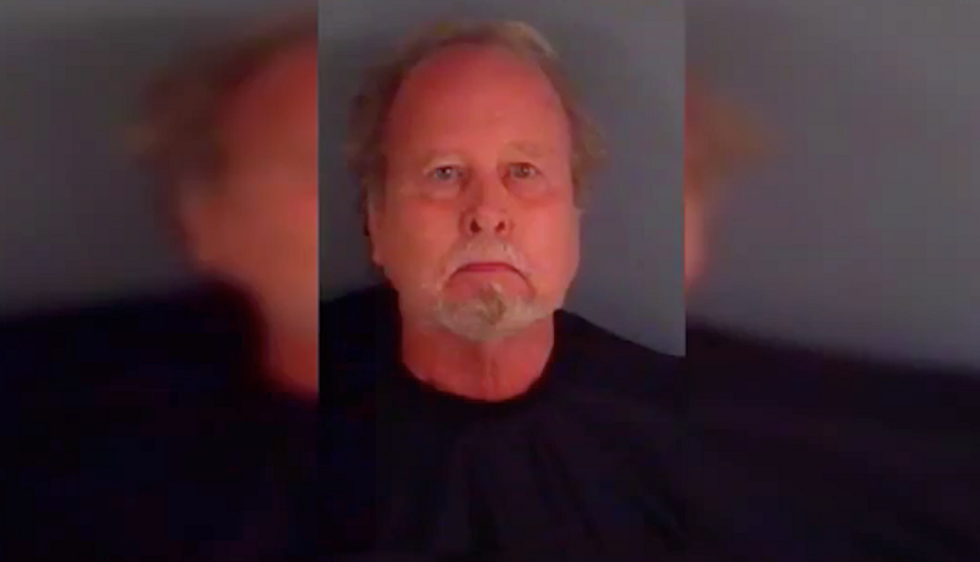 A Florida man was arrested after allegedly stealing a purse from a woman's diaper bag and hiding it in his Make America Great Again hat, reports News 4.

79-year-old Donald Light Jr., whose wife participates in local Republican Party politics, is seen approaching a stack of coats and bags, swiping a purse, and putting it in a red MAGA hat he'd worn to the party.

Light Jr. also had a "Lock 'er Up" hat with him, a Trump campaign slogan that urged the incarceration of Hillary Rodham Clinton for various alleged misdeeds.

Light Jr. is being charged with grand theft. His attorney is blaming dementia.