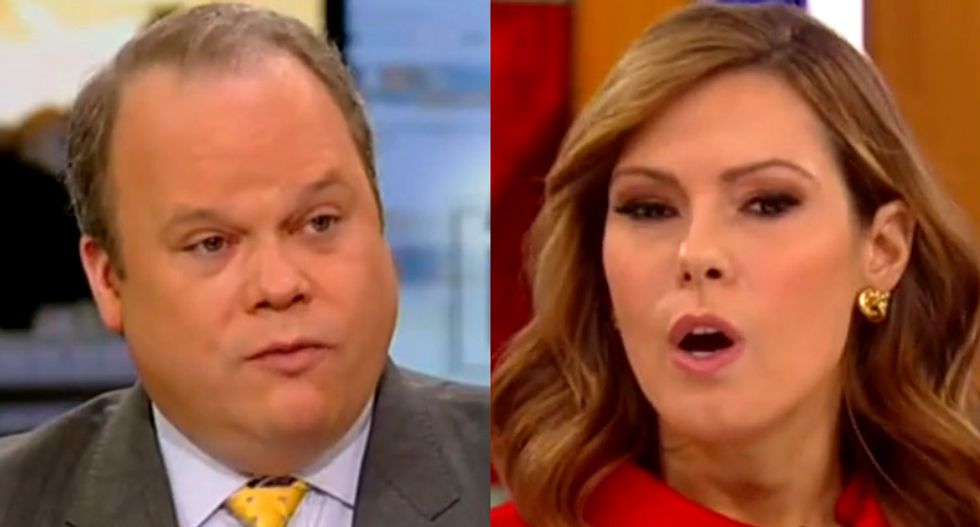 An attempt to defend President Donald Trump from claims that he obstructed justice quickly fell apart Monday morning during a Fox News panel.

But her fellow panelist quickly pointed out that Trump told NBC's Lester Holt that he was going to fire Comey regardless of the memo because he was frustrated by the ongoing Russia investigation.

"And then President Trump did it and then Rod Rosenstein appoints a special counsel," Boothe continued, before being cut off. "How does that not strike anyone as --"

"Lisa, what did the president say to Lester Holt?" Stirewalt asked again. "He said [the Russia investigation is] why he fired him."

"I'm not saying it constitutes obstruction, but I'm saying when Ron Rosenstein crafted a memo -- if the president of the United States had terminated the employment of the FBI director under those terms in a normal fashion it would have raised no eyebrows because he has no friends in the Democratic Party, either," Stirewalt added.