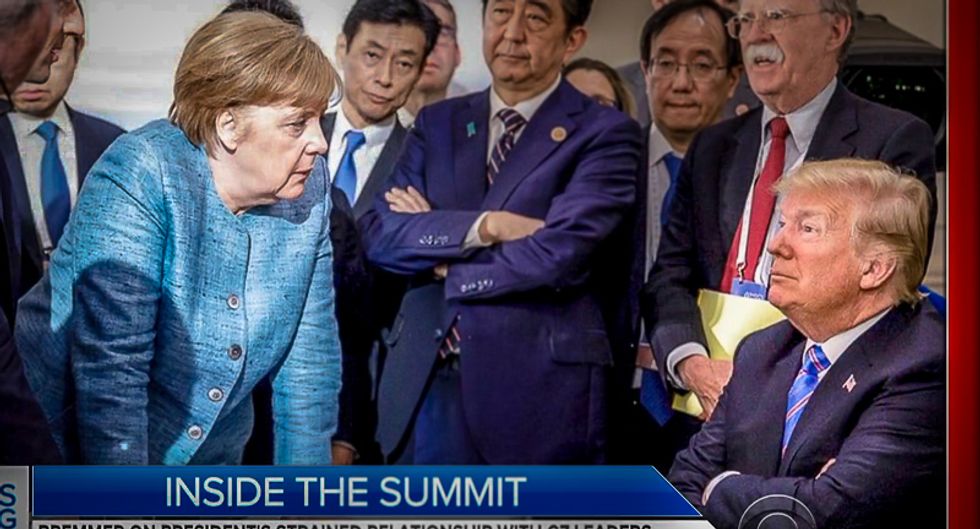 President Donald Trump is working on plans to shake down American allies who host U.S. troops on their soil.

Bloomberg reports that the Trump administration is "the administration is drawing up demands that Germany, Japan and eventually any other country hosting U.S. troops pay the full price of American soldiers deployed on their soil -- plus 50 percent or more for the privilege of hosting them."

While Germany and Japan would likely survive not having any American military presence in their country, this directive could be much different to countries such as South Korea, which faces a hostile nuclear-armed nation directly to its north.

In fact, Bloomberg's sources say that Trump's insistence on shaking down allies "almost derailed recent talks with South Korea over the status of 28,000 U.S. troops in the country when he overruled his negotiators" and insisted Seoul fork over more cash.

The publication also reports that officials at both the Department of Defense and the Department of State are mortified by Trump's plan, as it could collapse global confidence in America's willingness to maintain crucial alliances.

“We have a more integrated military with South Korea than with any other ally,” Victor Cha, a senior adviser at the Center for Strategic and International Studies in Washington, tells Bloomberg. “To send this message to a front-line Cold War ally is trying to say very clearly that they want a paradigm shift with the way they do host-nation support."