Trump supporter rants: The left is intolerant for not accepting Mike Pence's choice to discriminate against gays 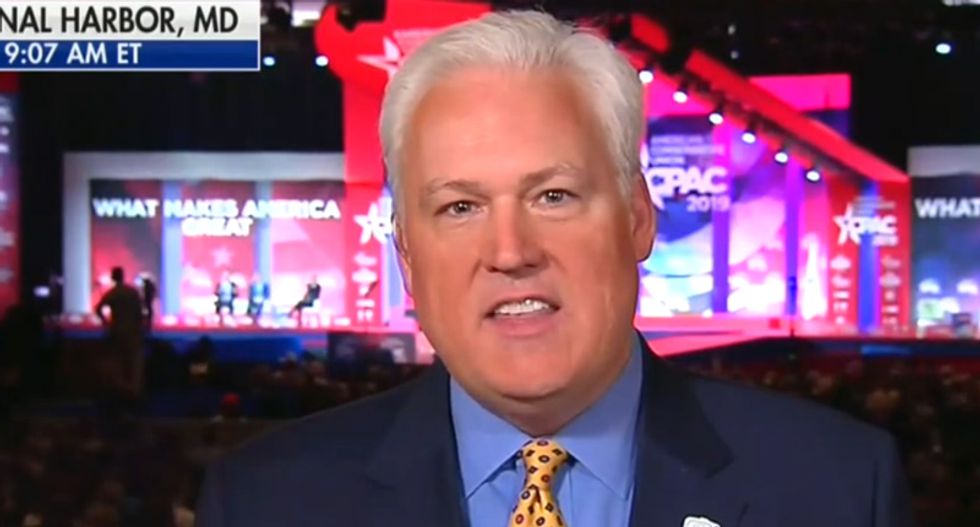 Conservative activist Matt Schlapp, whose wife Mercedes works in the White House as a communications adviser, lashed out at liberals during a Friday appearance on Fox News for criticizing Vice President Mike Pence.

Fox News host Martha MacCallum noted that former Vice President Joe Biden had faced criticism for referring to Pence as a “decent guy.” Responding to the criticism, Biden later tweeted “there is nothing decent about being anti-LGBTQ rights.”

“It's the radicalism of what is happening to the Democratic Party,” Schlapp told Fox News. “Look, the conservative movement in the Republican Party believes that each American has the right to make their own decisions on how to live their life and the fact is if Mike and Karen Pence are people of faith and want to live out their faith in their own individual lives and with their family, guess what? That's also protected by the First Amendment.”

“It is the growing intolerance on the left towards Americans who want to make their own religious choices, including their own sexual choices, that should be respected. I'm sad the left won't respect their choices.”

As governor of Indiana, Pence signed into law a bill that allows companies to deny services to LGBT people on religious grounds. His wife, Karen Pence, works at a school that prohibits teachers from engaging in or condoning premarital sex and "homosexual or lesbian sexual activity."