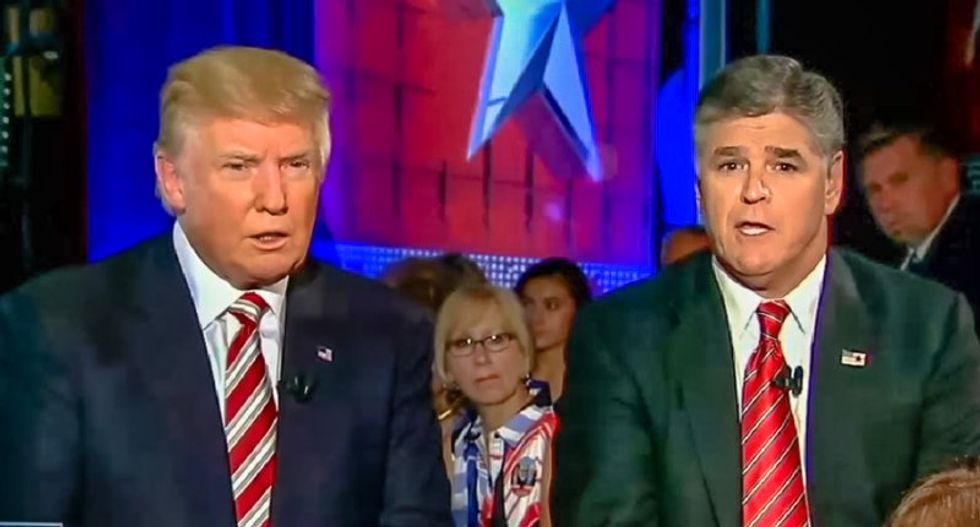 Throughout the rally, Trump consistently plugged his friends over at Fox News, according to a report from The Daily Beast.

“The media bosses, they are bad people,” Trump said. “The crooked journalists, the totally dishonest TV pundits. And by the way, they know it’s not true! They just got great ratings.”

He then added that he has people in the media who support his agenda.

“We have some great, great friends in the media, too,” he said. “If you look at Rush [Limbaugh] and Sean [Hannity] and Laura [Ingraham] and Steve [Doocy] and Ainsley [Earhardt] and Tucker [Carlson] and Jeanine [Pirro]!”

He praised Pirro for her show coming back on after it was suspended for her making anti-Muslim comments about Rep. Ilhan Omar (D-MN.)

"Jeanine is back,” he said. “She’ll be back on Saturday night. Jeanine!"