Trump’s DHS chief Kirstjen Nielsen ‘perjured herself repeatedly’ and should be kicked out of office: Former Clinton aide 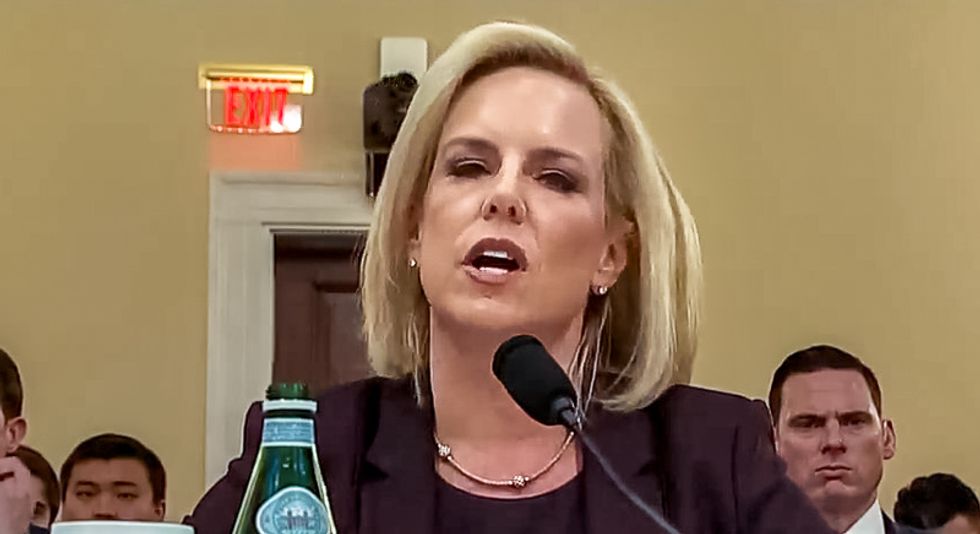 Former Deputy Assistant Secretary of State to Hillary Clinton, Philippe Reines, told MSNBC on Thursday that Department of Homeland Security Secretary Kirstjen Nielsen likely perjured herself repeated in testimony to Congress on Wednesday about conditions at the detention camps used to house migrant children, and wondered openly why she hadn't been driven from office.

"Most things that Donald Trump screws up is by neglect or just being not that smart," Reines began. "What is amazing about immigration is how much time he and his team spend on it, and they can't get it any worse."

Nielsen "is actually enacting the number one policy of the Trump Administration, which is lie, lie, lie, to get yourself out of it," he continued. "I was almost more upset with Congress yesterday than I was with Nielsen, because she provably perjured herself a number of times last year in terms of what the policy was, what the child separation policy was."

Reines added that documents had disproven her previous testimony, and Congress needed to act.

"There should be a conversation about why is she saying these things. Why is she still in office?" he said, and then answered his own question.

"She got shellacked yesterday, but she knew she would," Reines said. "There is only one person she cares about, and that person looked at her and said 'great, you're doing great. I'll keep you on another six months.'"