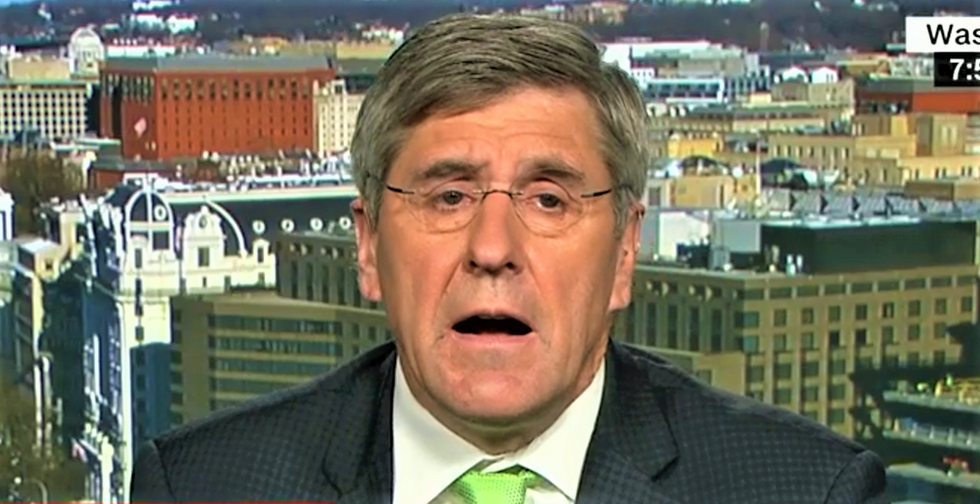 Stephen Moore, an economist and Trump supporter tapped by the president to sit on the board of the Federal Reserve owes over $75,000 to the IRS for taxes he incurred in 2014.

The Guardian reported Wednesday that Moore claimed in a statement that he's been trying to "reach an agreement" to settle the balance and has been aggravated by the "bureaucracy" at the IRS.

"For several years I have been working through a dispute with the IRS, attempting to be returned what my attorneys and accountant believe were tax overpayments of tens of thousands of dollars," the economist said.

Court records reviewed by The Guardian show that Moore owes the US government $75,328 and a court clerk confirmed that he has not yet paid them.

Read the entire report on the new Fed board nominee's large tax balance via The Guradian.