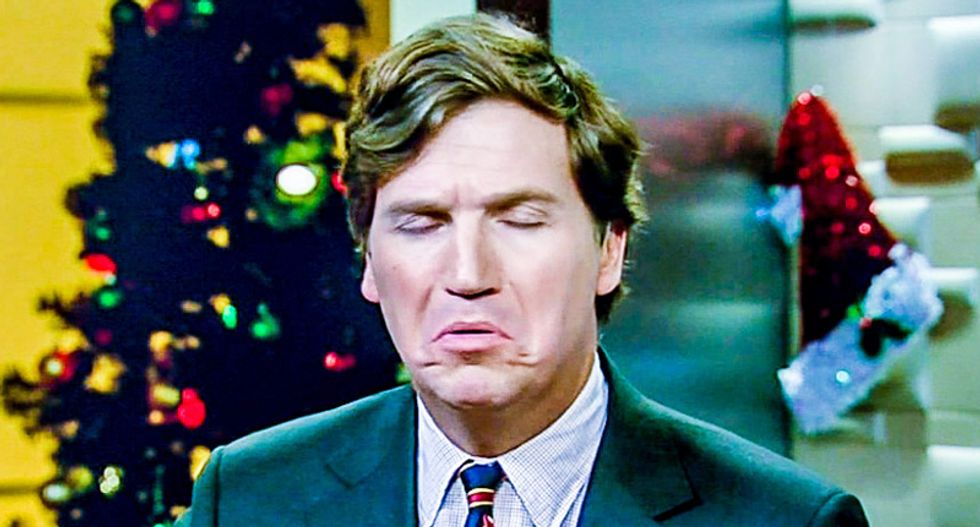 After a tumultuous few days of audio interviews released showing Carlson to be a racist, sexist, homophobe and xenophobe, the host is off.

During the handoff between the two men, Hannity commended Carlson for coming into work when he said he was going to be on vacation.

Carlson's show ran 11:28 of commercials tonight, according to Justin Baragona. That's down two minutes from Monday night, which was reduced "way down" from an announced pre-boycott. Bayer did not show any ads on Carlson's show, despite running previous ads on his show. The company hasn't released a statement, however.

No vacation was announced before Tuesday.

UPDATE: In an email sent to Raw Story, Fox News said that Carlson "will not be on vacation for the rest of the week."