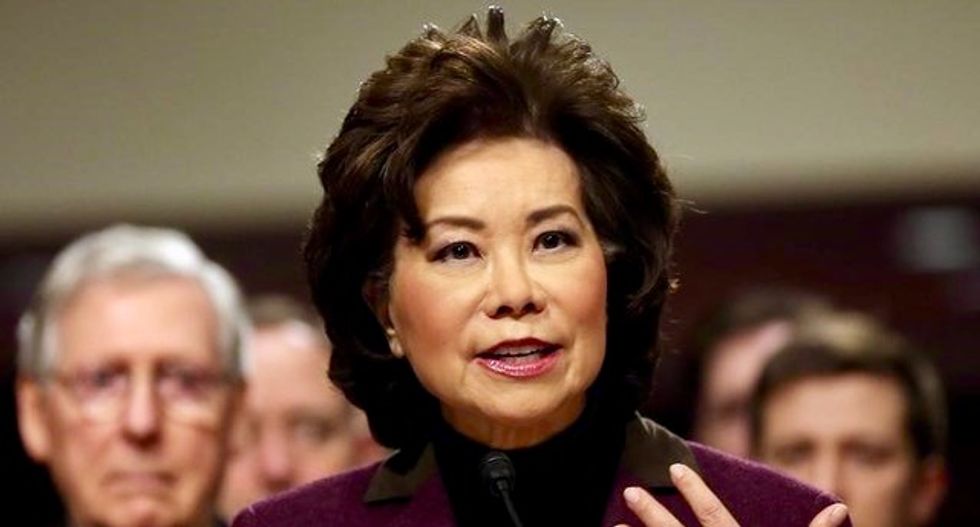 U.S. regulators will “take immediate action” on the Boeing 737 MAX 8 if they identify any safety issue following Sunday’s fatal crash in Ethiopia of the new model of aircraft, Transportation Secretary Elaine Chao said on Monday.

Chao said the Federal Aviation Administration was going to issue a Continued Airworthiness Notification to the International Community, or CANIC, for Boeing 737 MAX 8 operators later Monday. “The FAA continuously assesses and oversees the safety performance of U.S. commercial aircraft. If we identify an issue that affects safety, the FAA will take immediate and appropriate action,” Chao told reporters.

Chao said she met with acting FAA chief Dan Elwell on Monday to review both Sunday’s Ethiopian Airlines crash and October’s Lion Air crash in Indonesia and to ask “what are possible paths going forward ... I want people to be assured that we take these incidents, these accidents very seriously.”

She also told reporters that U.S. regulators are “very carefully” reviewing the fatal crashes of two Boeing Co 737 MAX 8 planes. The National Transportation Safety Board and the FAA are both on scene in Ethiopia, she said.

An Ethiopian Airlines passenger jet bound for Nairobi crashed minutes after take-off on Sunday, killing all 157 people on board and raising questions about the safety of the Boeing 737 MAX 8, a new model that also crashed and killed 189 people in Indonesia in October.

Boeing’s share price dropped 10 percent in early trading on Monday at the prospect that two such crashes in such a short time could reveal flaws in its new plane. They were down 6 percent in the late-afternoon trading on the New York Stock Exchange.

The 737 line, which has flown for more than 50 years, is the world’s best-selling modern passenger aircraft and viewed as one of the industry’s most reliable.

China ordered its airlines to ground the jet, a move followed by Indonesia and Ethiopia. Other airlines, from North America to the Middle East, kept flying the 737 MAX 8 on Monday after Boeing said it was safe.