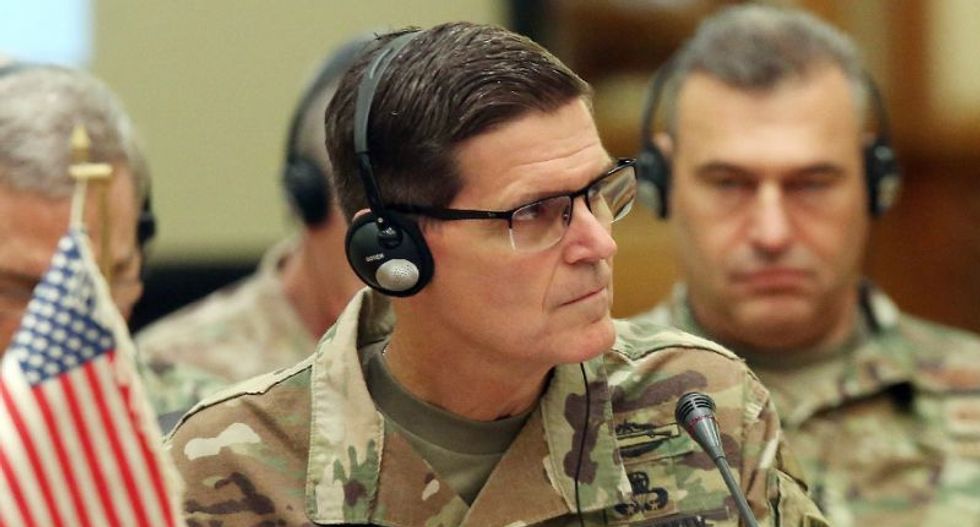 The battle against the Islamic State group is "far from over" and the jihadists remain unbroken and prepared for a resurgence despite the elimination of their physical base in Syria, a top US commander said Thursday.

"Reduction of the physical caliphate is a monumental military accomplishment -- but the fight against ISIS and violent extremism is far from over and our mission remains the same," US Central Command head General Joseph Votel told Congress, using an alternative name for the movement.

"The ISIS population being evacuated from the remaining vestiges of the caliphate largely remains unrepentant, unbroken and radicalized. We will need to maintain a vigilant offensive against this now widely dispersed and disaggregated organization," he said.

Votel told the House Armed Services Committee the hundreds of foreign IS fighters and their families captured in Syria are a latent threat and called on their home countries to deal with them.

"In my view this is a serious generational problem that if not handled properly will sow the seeds of future violent extremism," he said.

Votel spelled out his warnings nearly three months after President Donald Trump unexpectedly announced a full pullout of US forces from Syria, declaring a victory over IS.

Under pressure from Congress and the Pentagon, Trump has since moderated his preference to a drawdown of forces though insisting last month that the plan was to ultimately to leave a bare-bones force of only 200 "peace-keeping" troops in Syria.

"I am not reversing course," Trump said at the White House on February 22, noting that 200 soldiers was only a "very small, tiny fraction" of the overall presence.