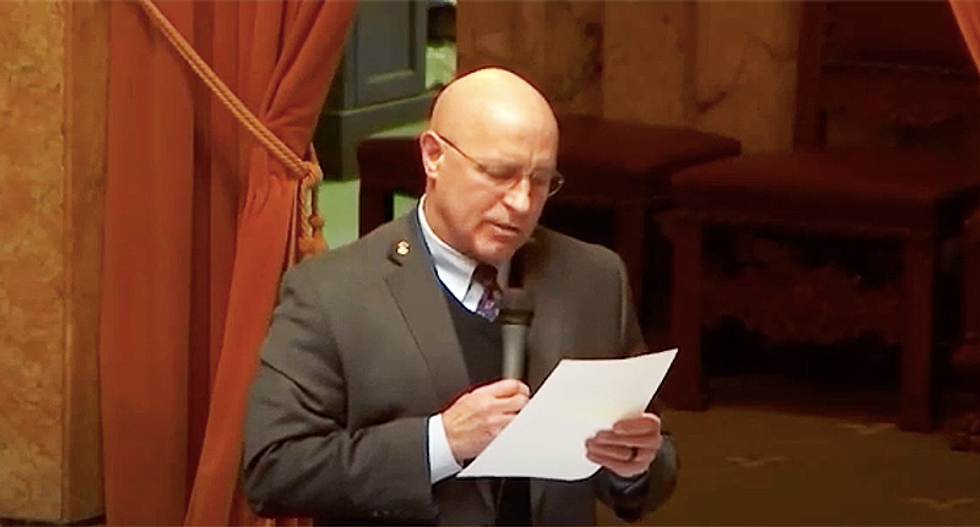 A Washington State lawmaker, Republican Brad Klippert, was upset this week after a bill decriminalizing teen sexting passed in the state's House, the Stranger reports.

"Lawmakers ultimately decided that Klippert's apparent disgust for some sex acts wasn't enough of a reason to gut the bill," he continued, adding, "they argued the bill would already make it a misdemeanor for teens to spread around naked photos of other teens."

Then, after an amendment Klippert wanted was voted down, the lawmaker, who unsuccessfully ran in GOP primaries for the United States Senate both in 2004 and 2006, lost it.

See video of the conservative's meltdown below, via The Stranger.