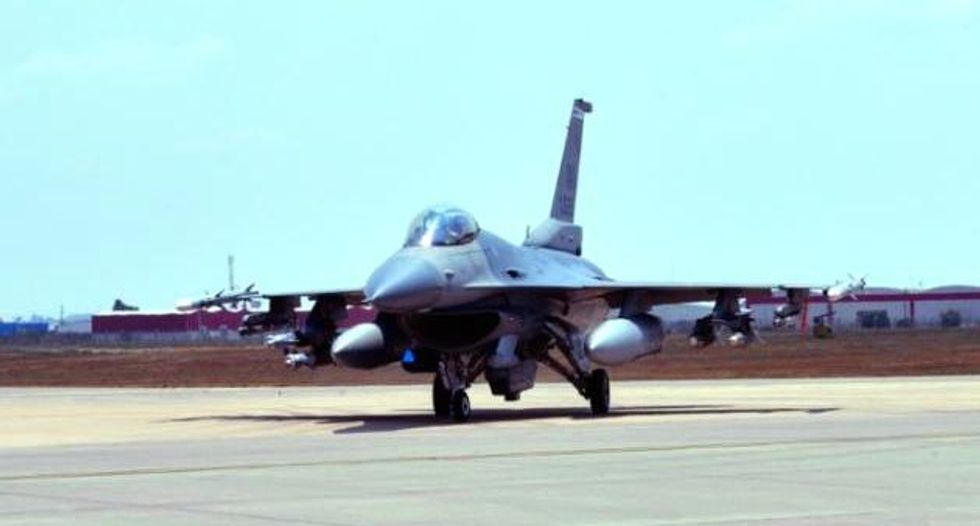 The United States said on Sunday it was trying to find out if Pakistan used U.S.-built F-16 jets to down an Indian warplane, potentially in violation of U.S. agreements, as the stand-off between the nuclear-armed Asian neighbors appeared to be easing.

Pakistan and India both carried out aerial bombing missions this week, including a clash on Wednesday that saw an Indian pilot shot down over the disputed region of Kashmir in an incident that alarmed global powers and sparked fears of a war.

Pakistan returned the captured Indian pilot on Friday in a high-profile handover Islamabad touted as a “peace gesture”, which appeared to significantly dial down tensions, but both sides remain on high alert.

At the Line of Control (LoC), the de facto border between the two countries in the disputed Kashmir region, there was relative calm in the past 24 hours, both armies said on Sunday. But Indian security forces said they were carrying out major anti-militancy operations on their side on Kashmir and had shot dead two militants.

The U.S. Embassy in Islamabad said on Sunday it was looking into reports that Pakistan used F-16 jets to shoot down the Indian pilot, a potential violation of Washington’s military sale agreements that limit how Pakistan can use the planes.

“We are aware of these reports and are seeking more information,” a U.S. Embassy spokesperson said. “We take all allegations of misuse of defense articles very seriously.”

While Pakistan has denied using F-16 jets during a dogfight that downed an Indian Mig-21 warplane over Kashmir on Wednesday, it has not specified which planes it used, though it assembles Chinese-designed JF-17 fighter jets on its soil.

Pakistan has a long history of buying U.S. military hardware, especially in the years after 2001 when Islamabad was seen as a key partner in the U.S.-led War on Terror.

Pakistan bought several batches of F-16 planes, built by Lockheed Martin Corp, from Washington before relations soured and the United States cut off subsidized sales in 2016.

It is not clear what exactly these so-called “end-user agreements” restrict Pakistan from doing. “The U.S. Government does not comment on or confirm pending investigations of this nature,” the U.S. Embassy added.

On Thursday Indian officials displayed to reporters parts of what they called an air-to-air missile that can only be fired from F-16 jets, alleging they were used to bomb its side of the disputed Kashmir border on Wednesday.

A Pakistan military spokesman told reporters on Wednesday that Pakistani jets “locked” on Indian targets to demonstrate Pakistan’s capacity to strike back at India, but then chose to fire in an empty field where there would be no casualties.

Pakistan said its mission on Wednesday was in retaliation for India violating its airspace and sovereignty a day earlier, when Indian jets bombed a forest area near the northern city of Balakot.

India said it struck at militant training camps, but Islamabad denied any such camps existed, as did some villagers in the area when Reuters visited.

Cross-border shelling in the past few days has killed seven people on the Pakistani side and four on the Indian side of Kashmir. But on Sunday it was relatively quiet near the de facto border of Kashmir, the source of two of the three wars India and Pakistan have fought since independence from Britain in 1947.

“By and large the LoC was calm last night but you never know when it will become active again,” said Chaudhry Tariq Farooq, a minister in Pakistani Kashmir. “Tension still prevails.”

In Indian-administered Kashmir, troops on Sunday shot dead two militants after a three-day gun battle that also killed five security force personnel, taking the total death toll to 25 in the past two weeks.

The fresh anti-militancy drive was launched after a Kashmiri suicide bomber, a member of a Pakistan-based militant group, killed 40 Indian paramilitary police on Feb. 14.

Indian Prime Minister Narendra Modi’s government has also come down hard on separatist groups operating in Kashmir, including by banning the Jamaat-e-Islami party, two of whose clerics were detained in raids on Saturday night.