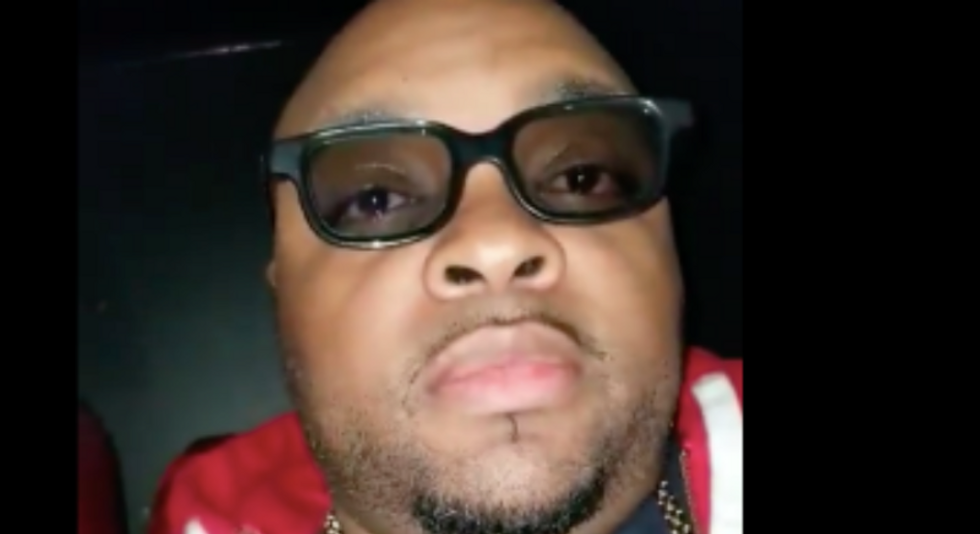 An Arizona man was approached by a guard in a movie theater and asked to show his ticket, reports Arizona Central.

When he failed to produce a ticket police were called -- he videotaped the incident, which occurred right after he got up to use the restroom and re-fill his beverage

Larry Shelton claims he was asked to leave the theater after being accused of not paying for a ticket, according to a viral video he posted to Facebook. Shelton believes he was racially profiled.

In a second video, two police officers can be seen inside of the theater before he left. He was confronted by the manager in the hallway, and another officer made his way to the scene.

Shelton says AMC sent him an email offering him vouchers for a free movie, soda and popcorn. He says he found their outreach insulting and said staff should get diversity training.

The AMC Ahwatukee theater issued a statement to Yahoo Lifestyle.

"Based on our initial investigation, including interviews with the theatre staff and our outreach to the guest, this situation could have been handled differently to minimize frustration, and we’ve offered our sincere apologies to Mr. Shelton," the statement said.

The comment also stated that equality is "of the utmost importance to AMC" and that unconscious-bias training is required for all AMC managers and will be reinforced at the Ahwatukee location.