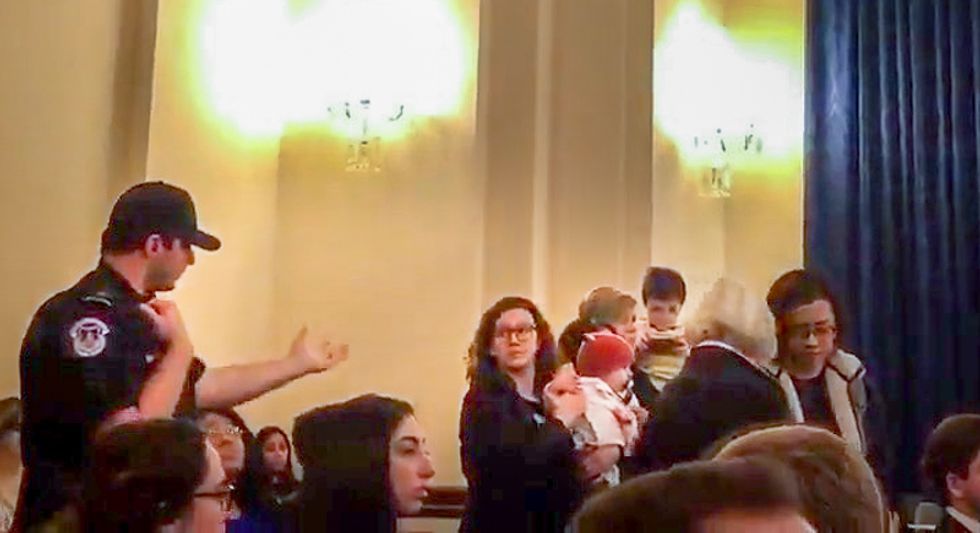 A group of children and their caretakers were removed from a House hearing with Department of Homeland Security Secretary Kirstjen Nielsen.

As the DHS secretary gave her opening statement to the House Homeland Security Committee on Wednesday, reporter Anna Giaritelli caught video of the children being escorted out of the hearing room.

Democrats on the committee are expected to grill Nielsen about the death of migrant children while in DHS custody.