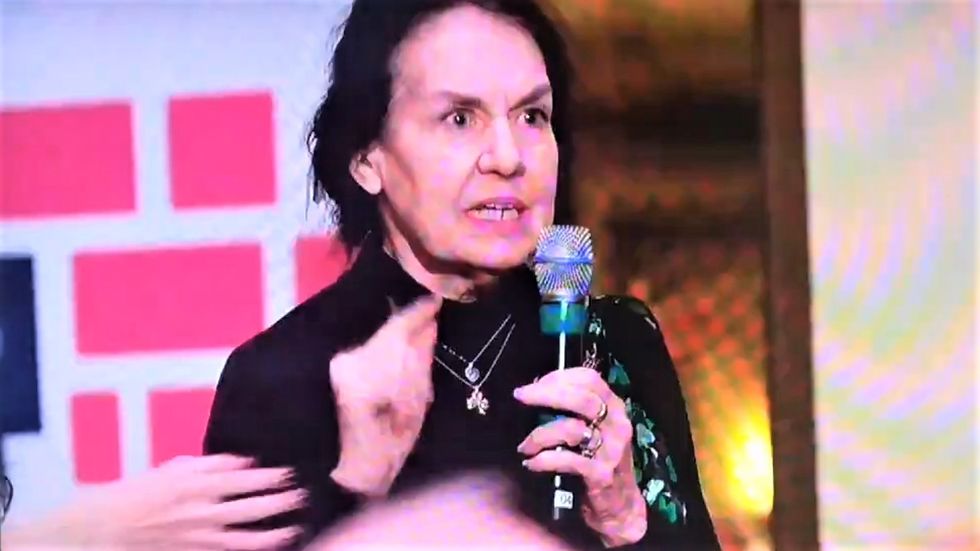 A Trump supporter says she'd like Trump to become a 'dictator' (Screen cap).

A Trump supporter attending a Steve Bannon-led pro-border wall rally this week wished that President Donald Trump could become a dictator so he could crush Congress and build a wall along the U.S.-Mexico border.

After being called upon by Bannon at the rally, the Trump supporter stood up and ranted about Congress not giving Trump what he wanted to build his wall.

"I am so upset that we've got so much trash that is supposedly representing us in Washington!" she yelled into the microphone.

Bannon then assured her that she had the power to elect a better Congress and told her that "you can take the trash out."

The woman, however, was not finished talking.

"Never in my life did I think I'd like to see a dictator," she said. "But if there's going to be one, I want it to be Trump!"

At this point, Bannon and other people in the room smiled and applauded her.