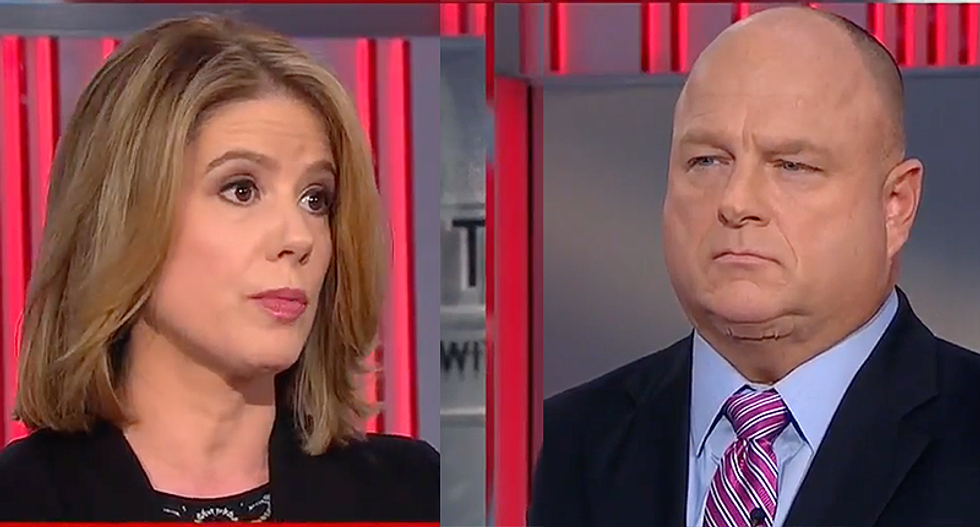 Rep. Ilhan Omar (D-MN) has faced massive backlash for what some have perceived as anti-Semitic remarks that she made on Twitter. Republicans have pushed for her to be stripped of her committee assignments.

During a CNN panel hosted by Jake Tapper, Powers' argued that Omar should not be under scrutiny since Trump has done way worse and has a history of making anti-Semitic comments.

"I am very uncomfortable with the way she has been singled out here," Powers said. "While we have a president who routinely makes racist comments about African-Americans. He has made anti-Semitic comments as well and has never been condemned."

She then began reading a quote from Trump, in which Urban tried to interrupt her. As she began to quote an offensive anti-Semitic comment made by Trump, Urban attempted to talk over her-- leading Powers to snap at him and ask to be heard.

"I'm just referring to what he said," she said.

Even after the interruption, she proceeded to read the comments from Trump.

"Donald Trump told a room of Jewish Republicans, 'You're not going to support me because I don't want your money' adding 'you want to control your politicians, that's fine,'" she said.