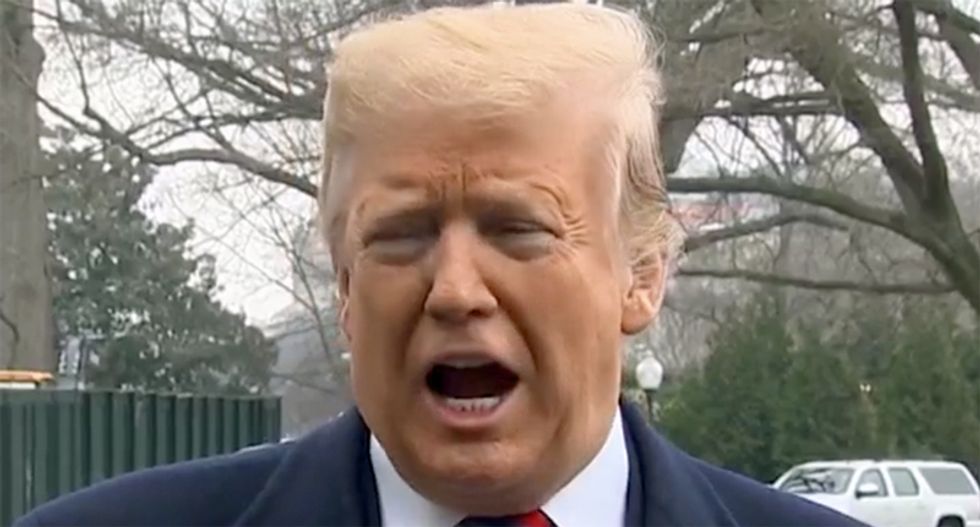 "The Tax Cut and Jobs Act promised to, well, cut taxes. For many, it does," Bloomberg explained. "But a new limit on the amount of state and local levies that can be deducted has costly and confounding implications for some, especially in high-income-tax, high-property-tax places like the New York City area."

"People with more money and thus more complicated tax returns tend to file later in the season, meaning that the triggering has just begun," Bloomberg noted.

During the 2022 midterms, “Real Time” host Bill Maher and MSNBC’s Mehdi Hasan sounded the alarm about all the far-right MAGA election denialists who were running for statewide races in key swing states. If enough of them prevailed, Maher and Hasan warned, they would be in a position to help Donald Trump pull off a coup n 2024’s presidential election.

Democrats, however, performed much better than expected in the midterms, defeating Trump-backed election denialists in gubernatorial races in Pennsylvania, Arizona, Michigan and Wisconsin. A long list of Trump-backed conspiracy theorists lost statewide races, and many of the Republican governors who were reelected were traditional conservatives rather than hyper-MAGA candidates, including Ohio’s Mike DeWine, Georgia’s Brian Kemp and New Hampshire’s Chris Sununu.

Don Trump Jr. sticks up for Qatar's anti-LGBTQ laws and accuses Americans of 'turning a blind eye to pedophilia'

Qatar has imposed "chilling" restrictions on media coverage from the event to make it difficult to investigate the mistreatment of migrant workers, women and LGBTQ people, and the former president's namesake son said the U.S. had no moral standing to criticize those violations.

'Much-diminished' Sarah Palin no longer stands out in the MAGA movement she helped create: journalist

Former President Donald Trump and the MAGA movement suffered a long list of disappointments in the 2022 midterms, including Democratic gubernatorial victories in Arizona, Pennsylvania, Michigan, Wisconsin and Maryland. Democrats prevailed in key U.S. Senate races in Nevada, New Hampshire, Arizona and Pennsylvania, where they flipped a Senate seat that has been mostly in GOP hands for decades: the one presently held by arch-conservative Sen. Pat Toomey and once held by the late Sen. Arlen Specter.

Many of the Republican governors who were reelected in the midterms were traditional conservatives rather than hyper-MAGA candidates, including Ohio’s Mike DeWine, Georgia’s Brian Kemp and New Hampshire’s Chris Sununu. And in Alaska, Republican Sen. Lisa Murkowski has, according to the Associated Press, prevailed over far-right Trump-backed MAGA candidate Kelly Tshibaka. Murkowski won by 7 percent, and if she serves another six-year term in its entirety, she will be in the U.S. Senate until at least January 2029.