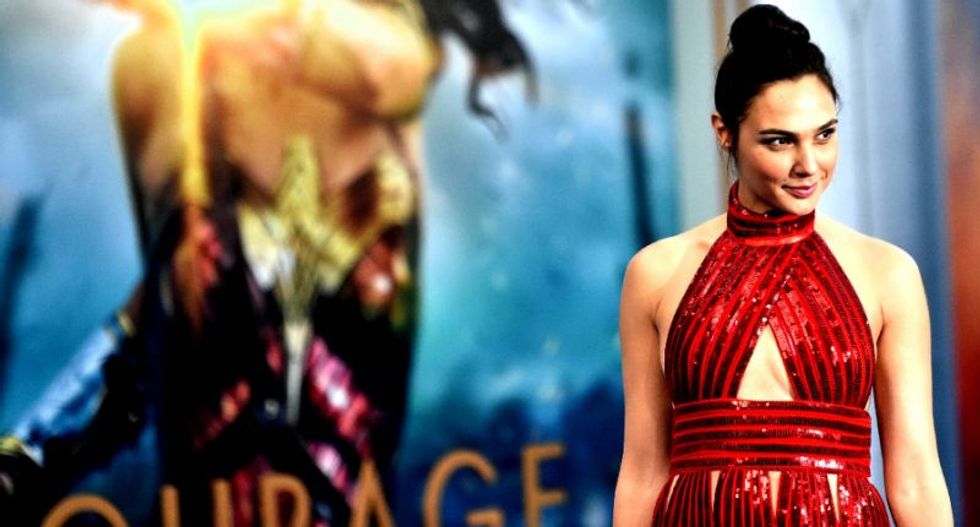 Hollywood star Gal Gadot has leapt to defend a fellow actress who was chided by Israeli Prime Minister Benjamin Netanyahu for challenging his party's treatment of Arab citizens.

Netanyahu and his Likud party have been accused of using scare tactics and demonising Israel's Arab population ahead of April 9 elections in a bid to motivate their right-wing base.

"Love your neighbour as yourself," Israeli-born Gadot wrote on Instagram late Sunday after popular Israeli model and television actress Rotem Sela received online abuse from the public and a personal reprimand from Netanyahu.

"This isn't a matter of right or left. Jew or Arab. Secular or religious," the "Wonder Woman" star posted.

"It's a matter of dialogue, of dialogue for peace and security and of our tolerance of one towards the other."

Regev stated the Likud's line, warning voters in the April election not to choose its main opponents because if elected it would form an alliance with Israeli Arab parties in parliament -- a highly unlikely scenario.

"When the hell will someone in this government convey to the public that Israel is a state of all its citizens and that all people were created equal?" Sela wrote.

"Even the Arabs -- believe it or not -- are human beings, and the Druze and the gays, by the way, and the lesbians and -- shock -- leftists."

Netanyahu answered with an Instagram message of his own, addressed to "Dear Rotem".

"Israel is not a state of all its citizens," he wrote.

"According to the basic nationality law we passed, Israel is the nation-state of the Jewish people -- and only it."

He was referring to a deeply controversial law passed last year declaring Israel the nation-state of the Jewish people and downgrading Arabic's status as an official language.

He returned to the theme at the weekly cabinet meeting on Sunday, where he called Israel a "Jewish, democratic state" with equal rights, but "the nation-state not of all its citizens, but only of the Jewish people".

Israeli Arabs make up around 17.5 percent of the population but would be extremely unlikely to be part of any coalition government after elections.

Netanyahu has continually warned that his opponents will receive the support of Arab parties and that they will make significant concessions to the Palestinians.

Israeli President Reuven Rivlin, himself a former Likud lawmaker, took a swipe at the politicians on Monday.

"Lately, when political thinking is turning all reason on its head, we hear entirely unacceptable remarks about Arab citizens of Israel," he said in a speech marking 40 years since Israel and Egypt signed a peace treaty.

"I refuse to believe that there are political parties that have surrendered the character of Israel as a Jewish and democratic, democratic and Jewish, state," he said.

Arab Israelis are Palestinians who remained on their land after the 1948 creation of Israel and are largely supportive of the Palestinian cause.

Gadot's message showed a re-post of Sela's comment in the background.

"Rotem, sister, you're an inspiration to us all," she wrote.